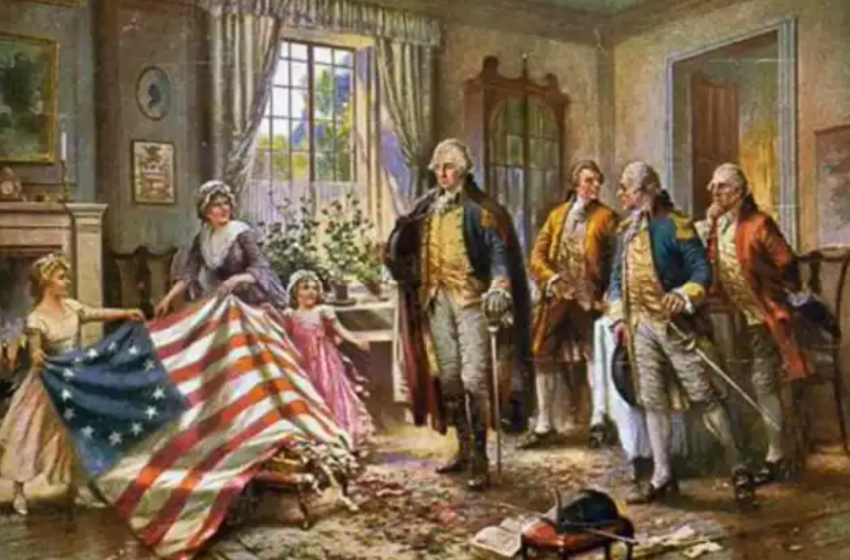 An FBI Whistleblower leaked a document to Project Veritas of the Bureau’s Domestic Terrorism Symbols Guide on “Militia Violent Extremists”[MVEs] citing Ashli Babbitt and references to The Second Amendment, Gadsden Flag, Revolutionary War Imagery, and The Betsy Ross Flag. The US flag to follow?

You see where the Christopher Wray FBI is going with this.

The documents are labeled “Unclassified/Law Enforcement Sensitive” and “FBI Internal Use Only.”

[Militias have existed since the founding of this country and their goal is to protect the Constitution.]

“Revolutionary War imagery” such as the “Gadsden Flag” and the “Betsy Ross Flag” is cited in the document under “Commonly Referenced Historical Imagery or Quotes.”

In the document, the FBI cites symbols, images, phrases, events, and individuals that agents should look for when identifying alleged domestic terrorists.

The “Unclassified/Law Enforcement Sensitive” document notes it is for “FBI Internal Use Only.”

Under the “Commonly Referenced Historical Imagery and Quotes” section, Revolutionary War images such as the Gadsden Flag and the Betsy Ross Flag are listed. Each flag displayed in the document comes with a brief description of what it means.

Under the “Common Phrases and References” section of the leaked document, Ashli Babbitt is cited as a person that MVEs consider a Martyr.

[Ashli Babbitt was an unarmed woman shot by a trigger-happy Capitol Hill officer as she tried to climb through broken glass into a hall in the House Chamber.]

The same document also refers to Ruby Ridge, Waco, and even Timothy McVeigh, tying traditional American ideas and symbols with past radical and/or violent events and MVEs.

They are destroying all that we are and all we believe in so they can put their New Liberal World Order in place. Do you see it now?