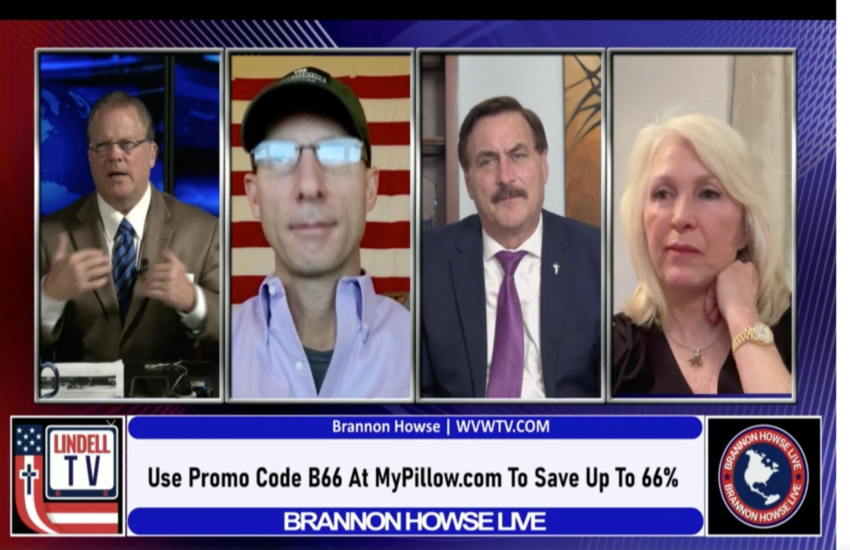 Federal, state and local authorities searched the homes of Mesa County Clerk Tina Peters and three of her associates on Tuesday as part of an investigation into accusations the elected official was involved in voting machine security breaches, according to an official who helped conduct the searches.

The FBI carried out a court-ordered search of Peters’ home in Mesa County early Tuesday morning, leaving her “terrified,” Peters said Tuesday night in an appearance on Lindell TV, an online channel run by MyPillow CEO Mike Lindell, a Trump supporter and proponent of discredited claims the 2020 election was stolen.

“We executed four federally court-authorized operations today to gather evidence in connection with the investigation into the Mesa County Clerk and Recorder’s Office,” District Attorney Dan Rubinstein told Colorado Politics. “We did so with assistance from the DA’s office from the 21st Judicial District, the Attorney General’s Office and the FBI.”

He added that one of the searches occurred in neighboring Garfield County.

Peters, a Republican serving her first term as the Western Slope county’s chief elections official, was prohibited last month by a Mesa County judge from overseeing the election in the county in a ruling on a lawsuit filed by Colorado Secretary of State Jena Griswold.

Griswold cited allegations Peters and her deputy were involved in an election security breach when they allowed an unauthorized person to participate in a routine update of the county voting system software and then allegedly lied about it as part of a scheme to expose alleged election irregularities.

In August, Griswold ordered Mesa County to replace its voting equipment after system passwords showed up in a video posted to right-wing websites. Days later, exact digital copies of the county’s election system hard drive were posted online after Griswold’s staff discovered that 24-hour video surveillance of the election equipment had been turned off.

A spokeswoman for the FBI’s Denver office didn’t immediately respond to a request for comment.

A spokesman for the state attorney general said the office had no comment.

“The FBI raided my home at 6 a.m. this morning, accusing me of committing a crime,” Peters said on the Lindell channel. “And they raided the homes of my friends, mostly older women. I was terrified.”

She added that authorities “used a battering ram,” destroying the front door of one of her friends’ homes.

Peters said authorities searched her house for “about three hours” and “took all of my electronics,” including her phone.

“Essentially, they were soldiers in combat gear. They were not men in suits with badges,” Peters said. “They looked very much like they were in a combat zone — soldiers with automatic weapons and combat gear.”

Peters has maintained that she is on a mission to uncover proof that the 2020 election was rigged, despite failing to produce any evidence that happened. An audit ordered by the Arizona Senate into allegations of election fraud in that state’s biggest county found that Democrat Joe Biden, who carried the state, received more votes than had been reported in the official tally.

Peters appeared at a symposium in South Dakota in August sponsored by Lindell, who later claimed he was helping keep Peters safe in various locations, including a Texas hotel, until Peters returned to Mesa County in late September.

Colorado’s Independent Ethics Commission on Tuesday moved ahead on an investigation into a complaint believed to be against Peters. The complaint alleges Peters violated a state constitutional gift ban by accepting flights on a private plane and other travel expenses from Lindell.

“I refuse to give up,” Peters said Tuesday on Lindell’s show. “I am more scared than ever for my life, but courage is the key when you do something in spite of fear.”

She added: “I feel that if I was to give up now, I would be giving up on our country. You do the right thing and you see your government come down on you like that, this is the worse nightmare you can imagine.”

The government, Peters added, is trying to intimidate her and others.

“They want to shut me up, shut me out, prosecute me, do whatever they can to villainize and demonize me just to cover up their dirty deeds,” she said, adding, “I can’t unsee what I’ve seen.”

This developing story has been updated.

FAIR USE NOTICE These pages may contain copyrighted material the use of which has not been specifically authorized by the copyright owner. In accordance with Title 17 U.S.C. Section 107, such material has been referenced to advance understanding of political, human rights, ecological, economic, scientific, moral, ethical, and social justice issues. This constitutes a “fair use” of any such material as provided for in section 107 of the US Copyright Law.