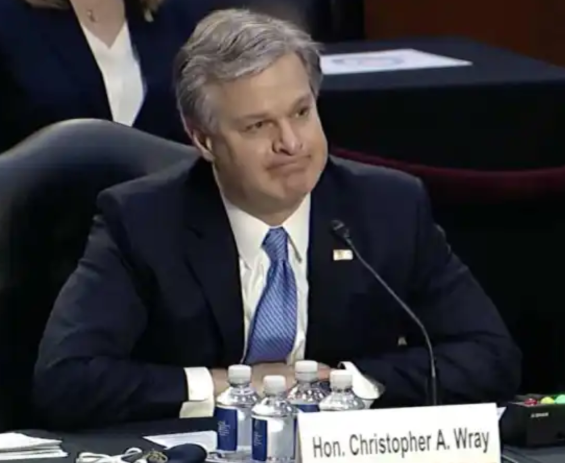 After the sixth tranche of Twitter files, the FBI released an insultingly deceitful response. The tranches so far show deep involvement by the FBI. As reporter Matt Taibbi said, Twitter acts as a subsidiary of the FBI. Twitter even has agents embedded in the company as employees, and the FBI has numerous backdoor portals, as do the DHS, DNI, and CIA.

The Twitter files clearly show they interfered in the 2020 election and controlled the COVID narrative. Another thing they controlled was jokes and memes. They don’t have a sense of humor unless they agree with it.

The FBI tried to get rid of the RSBN network, just like any fascist police state would do.

The FBI even notified Twitter of possible users violating the rules.

A coy spokesperson for the FBI told Fox News Digital:

In response to the “Twitter Files,” a spokesperson for the FBI told Fox News Digital, “The FBI regularly engages with private sector entities to provide information specific to identified foreign malign influence actors’ subversive, undeclared, covert, or criminal activities. Private sector entities independently make decisions about what, if any, action they take on their platforms and for their customers after the FBI has notified them.”

Could anything say we don’t care what you think more than that statement?

And we thought the FBI was supposed to investigate international crimes, not spy on, silence, and harass Americans they don’t like. This is what communist States do. That’s just a fact.

We saw this first at Liberty Daily. One congressman called them out as liars, Tim Burchett from Tennessee. Everyone in Congress should be outraged, and so should the media. The fact that they are not should terrify you.

Jim Baker Fired from Twitter After Scrubbing FBI Out of TwitterFilesDecember 6, 2022In “Home of News, Politics & Opinion”

Tucker on the American CrisisDecember 7, 2022In “Home of News, Politics & Opinion”