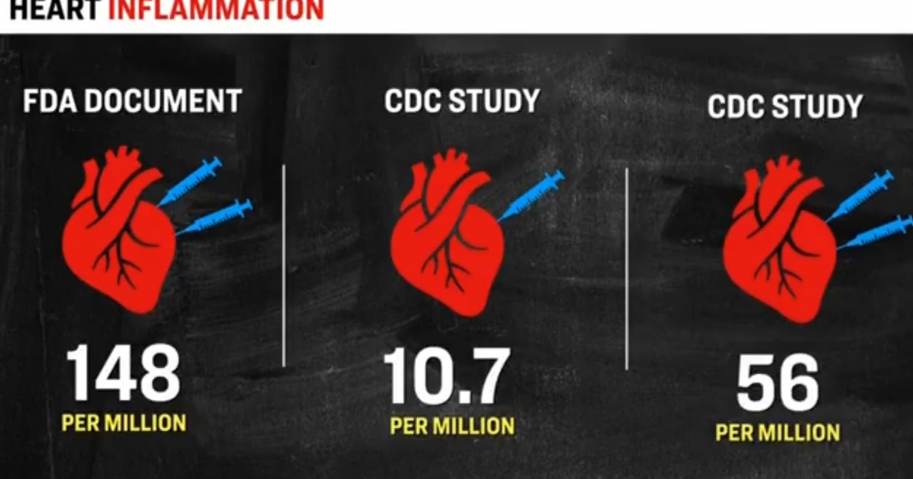 Earlier this week, the US Food and Drug Administration announced that it had ‘fully approved’ the Moderna Covid vaccine for use in all US adults over 18 years old.

Just like the Pfizer vaccine ‘approval,’ the FDA ignored several serious red flags and circumvented their own expert vaccine advisory panel to ‘fully approve’ the Moderna vaccine. Also similar to Pfizer’s ‘Comirnaty vaccine’ approval, Moderna’s ‘Spikevax,’ is not actually available in the US, but, rather, is able to be swapped out with the previous version that is still under EUA approval.

It is unlikely that the fully approved ‘Spikevax’ will be seen in the states anytime soon, especially considering the massive stockpile of Moderna EUA vaccines that has been compiled by the US government.

Just days after the announcement, the FDA quickly removed a document from their website that explained the reasoning behind their decision to approve Moderna’s vaccine after it was found to have included damning data showing the rate of heart inflammation in individuals that have taken two doses of Moderna’s vaccine.

The document, titled ‘The Summary Basis for Regulatory Action,’ provided specifics about the decision to approve the Moderna jab, including several references to an unpublished analysis that revealed the rates of post-vaccination heart inflammation are actually substantially higher than what has been previously disclosed to the public.

The now-deleted FDA data compiled records from four separate insurance claims databases showing that the rate of myocarditis and other forms of heart inflammation following a two-dose regimen of Moderna is 148 per million among males aged 18 to 25, which is a whopping 2.6x increase over the highest rate that has previously been reported.

Within hours of the information being flagged by the Epoch Times, which had reviewed the data and sent questions about the massive increase to FDA officials, the entire document was quickly scrubbed from the agency website “overnight.”

According to the Epoch Times:

“After The Epoch Times reviewed the document and sent questions about it to FDA spokespersons, it disappeared from the agency’s website.

We are aware of the issue and hope to have the document reposted as soon as possible,” a spokesperson told The