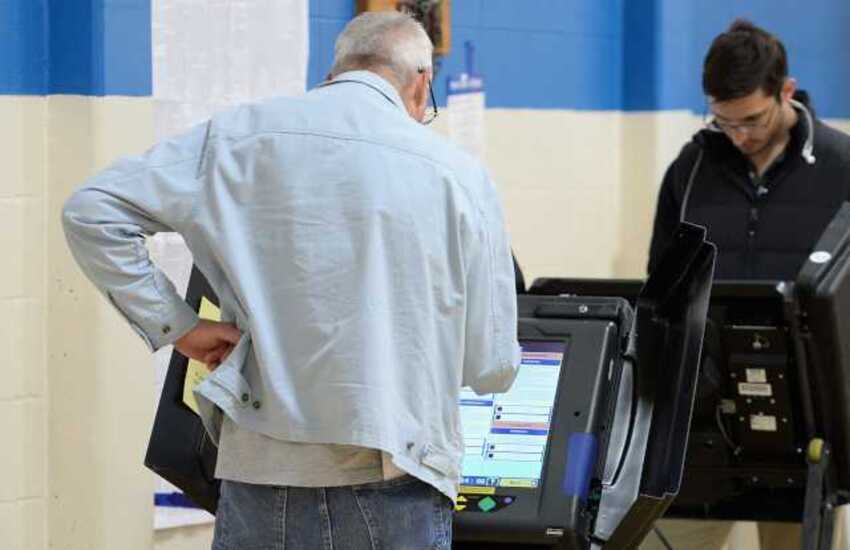 (Liberty Bell) – According to a new report from Just The News, a federal judge is now considering whether or not to release a sealed report that was completed by a computer security expert who reviewed Dominion Voting Systems equipment after the state of Georgia’s top election official and the governor urged that action be taken.

The report in question was conducted by J. Alex Halderman, a computer security expert with the University of Michigan. The report itself was put under seal in a federal court case that alleges hackers had “the capability” and “easy access” to voting machines in Georgia, according to new reports from The Epoch Times.

“Little has been released in public about the report though the Atlanta Constitution-Journal has reported it found hackers could change votes if they penetrated the machines,” the report stated.

“Georgia Secretary of State Brad Raffensperger, a defendant in the lawsuit, announced last week he now supports the public release of the report to dispel ‘misleading media articles about the Dominion voting equipment used in Georgia,’” the report continued.

“The public deserves to know the context of J. Alex Halderman’s claims and his testimony regarding the 2020 election,” Raffensperger went on to say about the matter.

“Raffensperger continues to maintain the election systems In his state remain safe and secure, though he acknowledges there were vote counting irregularities in Fulton County and is currently investigating whether illegal ballot harvesting occurred in some parts of the state during the 2020 election,” the report added.

Georgia Gov. Brian Kemp has now urged Raffensperger to “immediately gather all relevant information regarding this report, thoroughly vet its findings, and assure Georgians he is doing everything possible to ensure the system, procedures and equipment are completely secure.”

U.S. District Judge Amy Totenberg, who is currently presiding over the civil case, stated that she is looking over the report with redactions and will make the decision about whether or not to release it.

“Dominion CEO John Poulosi said the report did not consider all ‘procedural and technical safeguards’ in the machines but his firm supports any transparency that will give voters confidence in election counting,” JTN reported.

“Dominion supports all efforts to bring real facts and evidence forward to defend the integrity of our machines and the credibility of Georgia’s elections,” Poulosi went on to say in a statement put out by Raffensperger’s office.

Click this link for the original source of this article.
Author: josh

This content is courtesy of, and owned and copyrighted by, https://www.libertybell.com and its author. This content is made available by use of the public RSS feed offered by the host site and is used for educational purposes only. If you are the author or represent the host site and would like this content removed now and in the future, please contact conservativechoicecampaign.com using the email address in the Contact page found in the website menu.