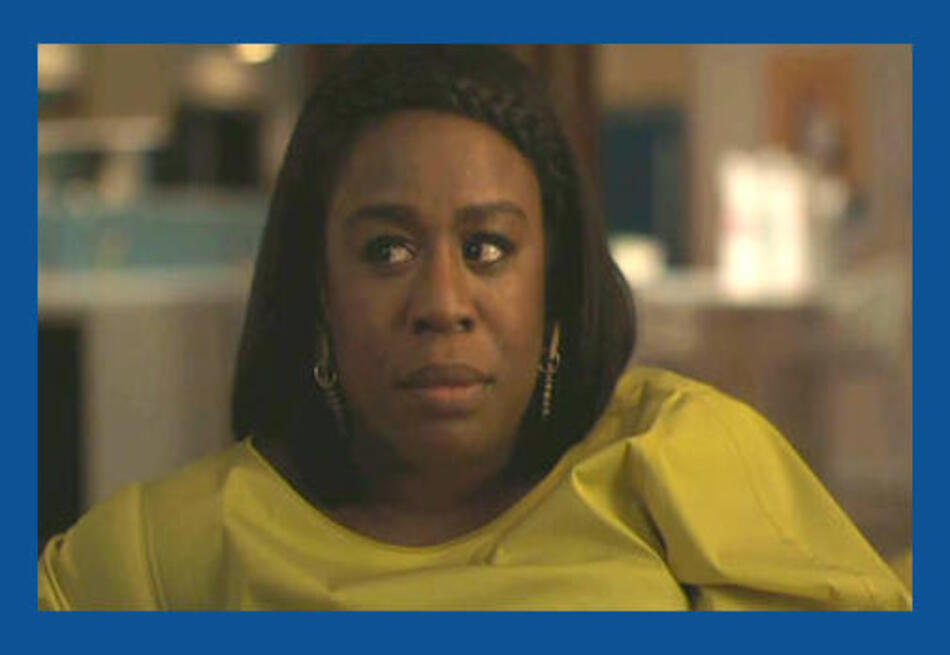 White men are the worst! This is the message of the of HBO’s In Treatment, a drama about a supposedly empathetic black female therapist who works with an array of patients.

This season the therapist, Brooke (Uzo Aduba), took on a patient named Colin (John Benjamin Hickey) who had gone to prison for cheating his clients. Colin is a white straight man described in various episodes as either a “narcissist” or an “asshole.” Since he is a straight white man it is a given that Hollywood would make him a jerk.

In Sunday’s episode, “Colin: Week 5,” Colin shows up at Brooke’s door one night because she has not signed off with his probation officer about their sessions. He comes into her house to go to the bathroom, then waits for an Uber driver to pick him up. While waiting in her house, he talks to Brook about his youth when he wanted to take risks and live more than “an ordinary life.”

Brooke responds, not as a therapist, but as “Brooke the human being, who’s had a couple of drinks and is feeling herself a little bit” with a speech about the problem of straight white men in history.

Brooke: This shit is bigger than you. You are a white straight cis man. The world was built by you and for you, to capture, to achieve, to acquire, to plant your goddamn flag. No obstacles, nothing to overcome except your own laziness and self-doubt. And, by the way, give me a fuckin’ break. And if you don’t become a great man, well, why the hell not? It’s all there for the taking. If you don’t become great, it’s because you’re a piece of shit, or a coward or a fool. And then the rest of the world pays the price when you don’t feel adequate because you don’t have a motherfuckin’ clue about what you’re feeling or why you’re feeling it.

Some people… Lots of people, those people you were just talking about, they just want to have a house in a decent neighborhood, send their kids to a safe school. I just wanted to do something that I loved to do, and fuckin’ white guys, you need to shatter the model of success in order for you to feel like you’ve done anything at all. Well, guess what? That shit’s impossible without taking shortcuts, gaming the system, stepping on other folks, without a shitload of collateral damage. Do your trips to the doctor move the stock market? Do your dinner parties determine the next leader of the free world? Because this is all some patriarchal, dick-measuring horseshit. All this talk about renaming buildings and whatnot because so-and-so was a monster? I say, take ’em all down. If your name is on the side of a building, chances are you did some horrendous shit to get it there. Philanthropy is just a way to wash the blood off your billions.

If the writers of this show really believe the hate-filled ideas they are promoting in it, they need some real therapy, but not the kind Brooke is offering.