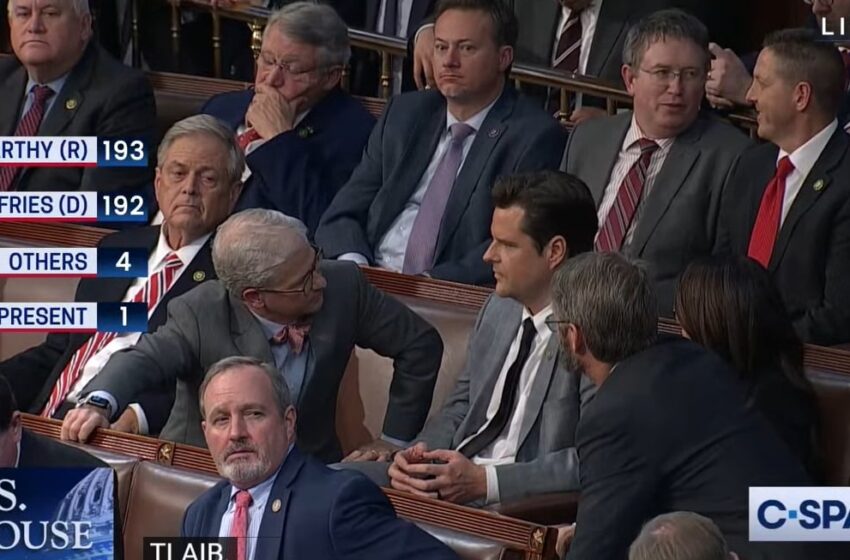 The GOP leaders are surrounding Matt Gaetz who held out his vote.  They must need it.

The GOP leaders are nervous.

DEMOCRATS ALL CAME BACK IN FORCE– Republicans were counting on the Dems to go home for the weekend. They didn’t!

The vote came down to 216 for Kevin McCarthy and 212 for Democrat Jeffries.

Then something happened… McCarthy went up the aisle to beg Matt Gaetz for his vote. He needs it to win the Speaker.

Then after terse words were exchanged McCarthy went back down the aisle and there were shouts — Was Gaetz attacked?