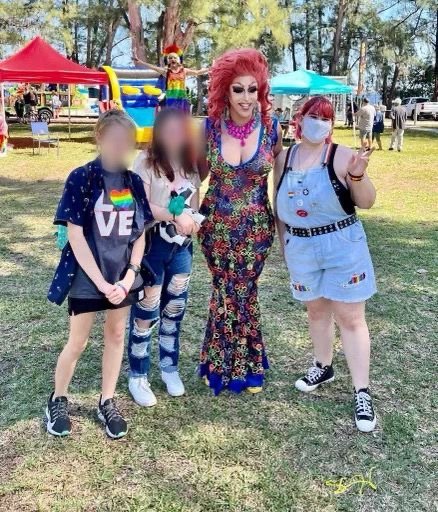 The City of Cape Coral in Southwest Florida spent nearly $10,000 in taxpayer funds to facilitate a March 2022 Pride Parade, according to City Councilman Dan Sheppard, who confirmed the amounts to local journalist Sean D. Hartman, who runs Cape Coral Watch, a blog dedicated to monitoring city policies and initiatives.

The predominantly conservative city had previously failed to disclose the full amount of taxpayer funds used to host the Pride Parade, which was organized by the South Cape Hospitality and Entertainment Association. According to Cape Coral Watch, Council Sheppard received calls from his constituents following the Pride Parade, centering on the prevalence of nudity and other lewd behaviors displayed by attendees and numerous drag performers.

From the Cape Coral Watch report on the Pride Parade.

Residents believe the behavior from some participants cross the line and are calling for decorum practices to be added to parade contracts.  Councilman Sheppard agreed, and pushed the city staff to implement universal decorum rules.  These rules would apply not just to the Pride Parade but to all public events.

“It’s about respect,” said Councilman Sheppard.  “I wouldn’t want to see a woman in a string bikini, practically naked, at Bike Night.”

After City Manager Rob Hernandez initially claimed that the City of Cape Corla only spent $2,412.48 in police protection (which is normally paid by the organizers of events) and $2300 for barricades, Council Sheppard continued to question the City Manager, who ultimately admitted that another $4,585 was spent on providing generators to the event, at the expense of taxpayers.

Hernandez previously served as the Deputy City Manager for the City of Fort Lauderdale, which is just outside of Miami and one of the most liberal places in Florida, which could explain why Hernandez would approve the use of taxpayer funds for such an inappropriate purpose. The City of Cape Coral is currently developing their 10-year plan on “transforming” the city and the recent funding of the March 2022 Pride Parade is a clear indication of how he would like to transform a conservative (family friendly) area into a progressive locale like Fort Lauderdale.

In the above photo, you can see children being exposed to drag queens at the NSFW, adult themed Pride Parade. Another photo, which you can see below, showcases the nearly nude winner of last season’s Ru Paul’s Drag Race, Kylie Sonique Love.