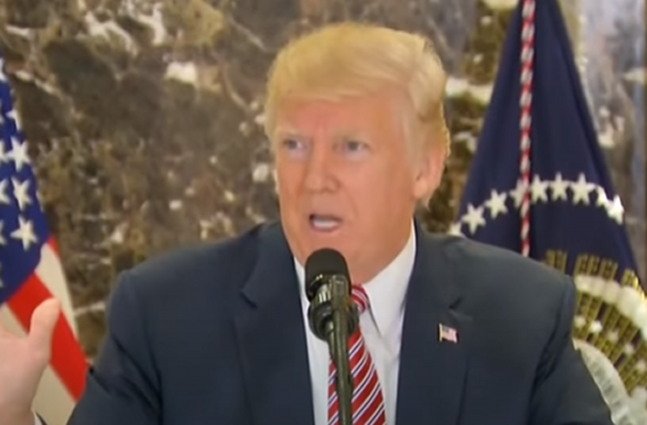 The city of New York is about to remove a statue of Thomas Jefferson from their city hall.

You know who predicted this? Trump. Way back in 2017, when the left was working so hard to remove a Confederate statue, Trump knew exactly where this was headed next.

And when he said it, the media scoffed at him.

Look at the way NBC News reported it at the time:

President Donald Trump has decried calls to remove the “beautiful” Lee statue, and others honoring the Confederacy, claiming that the nation’s “history and culture is being ripped apart” and asking where it might end.

“This week it’s Robert E. Lee. I noticed that Stonewall Jackson is coming down. I wonder, is George Washington next week and is it Thomas Jefferson the week after? You really do have to ask yourself: ‘Where does it stop?’” Trump asked at a Tuesday press conference…

Is the president right about the impending threat to the founders? Historians who spoke to NBC News said such fears are slightly misplaced and that Trump is championing a murky interpretation of history…

And here we are, just four years later.

A statue of Thomas Jefferson will be removed from the City Council chambers in New York after a debate over his legacy and association with slavery. https://t.co/24p8qloLdn

This shows the distorted perspective in current debate on history. To even contemplate that simply owning slaves outweighs writing the Declaration of Independence is beyond absurd. It’s an assault on America.https://t.co/LADCepu3HY

The left made fun of Trump for saying this would happen, but once again he was right.