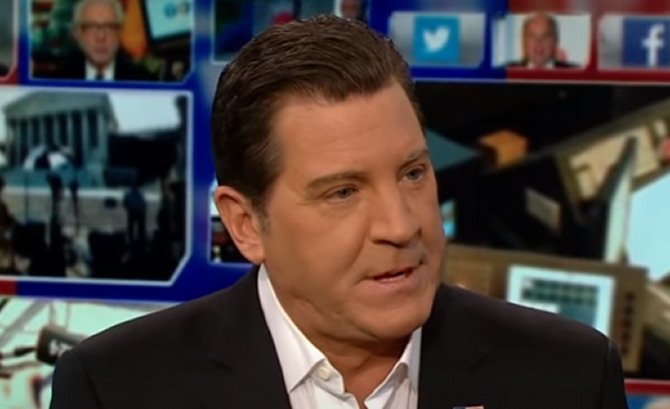 Eric Bolling, a former longtime host on the FOX News channel, has now joined Newsmax where he will host a new program.

Bolling has always been a favorite among Trump supporters and his new show should do very well.

Newsmax has been gaining a larger audience since the 2020 election.

Eric Bolling Signs On To Host Show On Newsmax

Newsmax has added Eric Bolling to its lineup, with plans for him to host a new show in July.

Further details will be announced, but Bolling will begin to serve as a guest host on shows starting on Monday.

Bolling most recently was a regular host on Sinclair Broadcast Group, with a weekly Sunday morning talk show America This Week with Eric Bolling, as well as occasional specials including a town hall in October with then-President Donald Trump. In February he and Brett Favre launched the podcast Bolling with Favre, in a partnership with LiveXLive’s PodcastOne

Chris Ruddy, the CEO of Newsmax, said in a statement that Bolling was “a consummate media professional who isn’t afraid to ask tough questions, get provocative answers and challenge establishment thinking.”

Check out a couple of recent clips below of Bolling filling in for Newsmax host Greg Kelly:

@ericbolling: Liberals got what they wanted, and now we have the receipts. Capitol Hill hypocrisy created the Summer crime wave. https://t.co/VlT7z8drtOpic.twitter.com/VwKr8mUYXC

@ericbolling: Definitely a crisis, and it’s definitely Biden’s; You can’t argue with these catastrophic numbers. https://t.co/VlT7z8drtOpic.twitter.com/NDTAjCPFYj

Congratulations to Eric. Best of luck in the new gig!