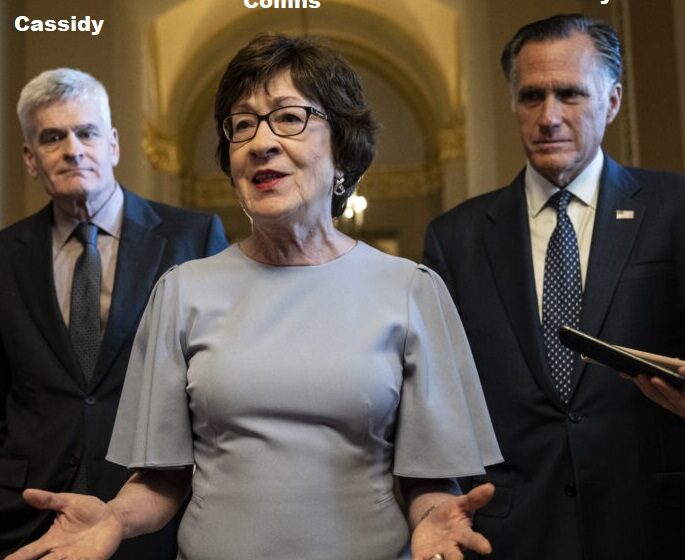 Displaying some of the most insufferable logic imaginable, four Republican senators voted against reinstating military members who were discharged for refusal to get vaccinated. 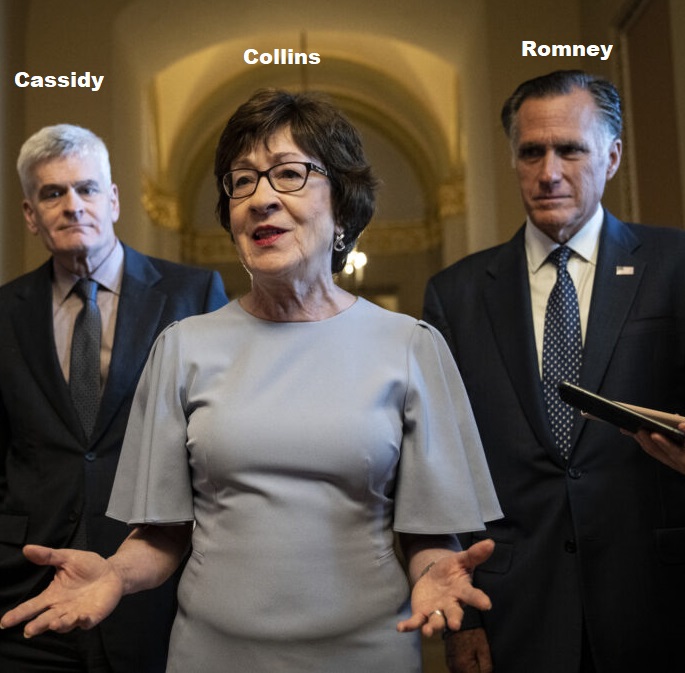 Apparently, according to the logic provided, Congress can select the location for the military to engage, select the weapons they can use, select their commanding officers who will lead their engagement, select the method, manner and purpose of their deployment…. yet, when it comes to requiring vaccinations, Congress must defer to military leadership.

Apparently, the concept of “civilian lead military oversight,” does not apply when it comes to forced COVID-19 vaccination.  Sorry, but these Republican senators are intellectually dishonest idiots.

(Via Daily Signal) –   Four Republican senators voted Thursday against reinstating military members who were discharged for refusing to get vaccinated against COVID-19.

Mitt Romney of Utah, Mike Rounds of South Dakota, Bill Cassidy of Louisiana, and Susan Collins of Maine voted against Republican Wisconsin Sen. Ron Johnson’s amendment that would have reinstated and provided backpay to military members discharged for refusing to get vaccinated.

END_OF_DOCUMENT_TOKEN_TO_BE_REPLACED

Last night our cat Rado (pronounce as in Silverado) died.  We think he suffered a massive sudden stroke. 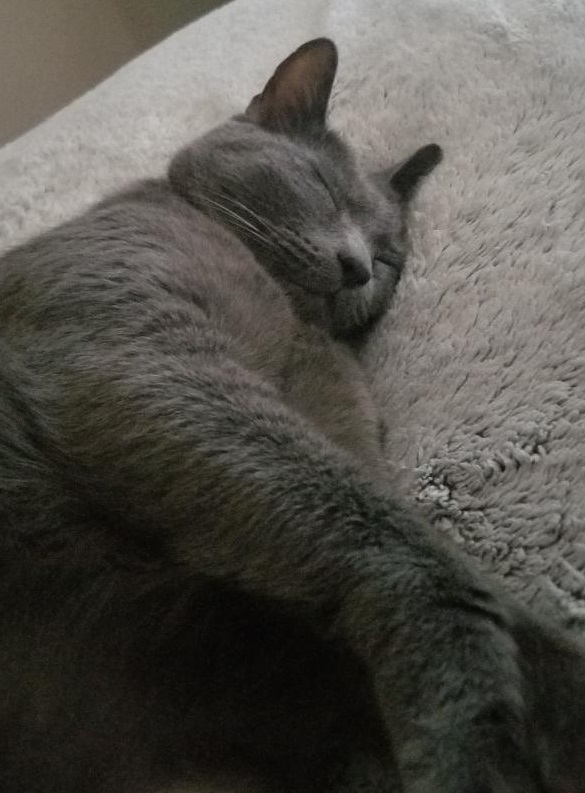 All animals are unique, God’s creations, and Rado was a very special gift for 6 years.  A former stray, he came into our lives unexpectedly as a battle-scarred scruffy guy who had enough of the rough life.  So, six years ago he took a chance on us, and from that moment to this we were forever grateful for his presence.

After the initial vet check and neutering, Rado immediately sought to find his place in our family and was uniquely gifted at expressing thankfulness.  He lived his absolute best life for the past six years and was reciprocally cherished beyond all imaginings.

As his battle scars healed, Rado blossomed into his beautiful Russian Blue best.  A truly handsome fellow, and incredibly unique in cat disposition.  His heart was a feature of his personality that exceeded his good looks.

Each day Rado would check on his peeps, making his forever faithful patrol rounds to see what everyone was doing, a trait later called his ‘security checks.’

Once he knew his humans were in their appropriate and familiar places, he would go about doing cat things – napping and enjoying his best life, while remaining watchful and forever thankful.

It is said that pets generally will attach to one member of the household, and I have found that to be true in all cases until Rado.  He received a middle name because he just seemed to need one. Thus, in his second year, Rado became Rado-Thomas.

As if he were forever as concerned about equitable devotion as he was for showing appreciation, Rado Thomas loved everyone equally with his full appreciation.