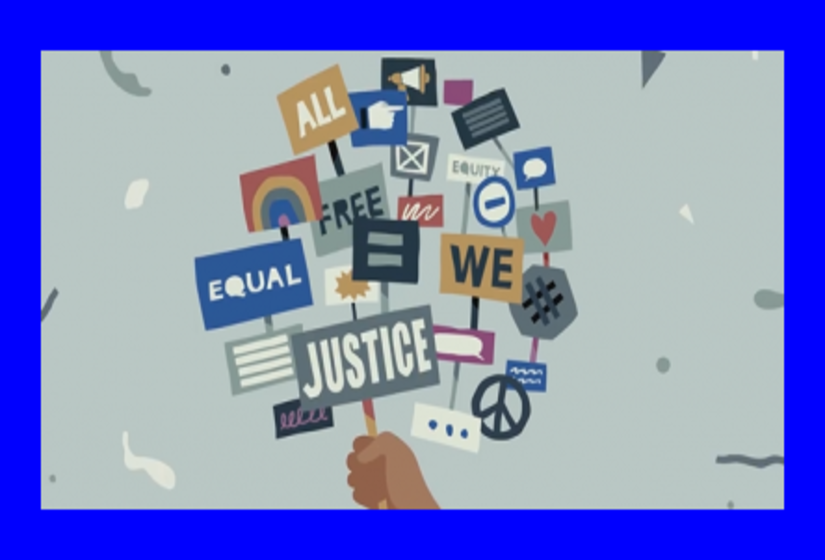 RESTON, VA – The Free Speech Alliance (FSA), a coalition of more than 60 conservative organizations, released the following statement Thursday about Facebook’s new Oversight Board and efforts to decide what content should be taken down from the site.

The FSA declared, “Conservatives warned from the start that any new oversight mechanism was fraught with danger. Our fears were well founded. This new board will damage Facebook more than it can imagine.”

[Screen shot at right is from Facebook’s video on the oversight board.]

Here is the statement in full:

While leftist organizations savaged him, we supported CEO Mark Zuckerberg when he talked about making Facebook a marketplace of ideas and spoke forcefully saying the company “must continue to stand for free expression.”

Yet leftist forces within and outside of Facebook have condemned him for this, agitating for the company to become an arbiter of what is, and isn’t truth; and therefore what should and should not be presented on Facebook. Facebook wants the public to believe that its new Oversight Board will help solve the problems “about what content to take down or leave up.”

Conservatives warned from the start that any new oversight mechanism was fraught with danger. Our fears were well founded. This new board will damage Facebook more than it can imagine.

We had cautioned that the oversight would be too international and unable or unwilling to embrace America’s 1st Amendment ideals of free speech, while embracing an internationalist construct pleasing to the radical left and likely to make Facebook’s restrictive content policies even worse.

And that’s precisely what the company delivered. The new Oversight Board announced itself with a New York Times op-ed from the four co-chairs. Only one of the four, Stanford Law School Prof. Michael McConnell, is at all conservative. And not as strong as many would like.

The other three are reliably liberal. Columbia Law Prof. Jamal Greene was an aide to Senator Kamala Harris (D-Calif.) during the Brett Kavanaugh confirmation hearings. Catalina Botero-Marino is the dean of the Universidad de los Andes Faculty of Law of Colombia. She is also a member of the board of directors of the Center for Reproductive Rights, a pro-abortion group. That is especially infuriating to pro-life groups that are regularly targeted on social media for their beliefs. No pro-life leader need apply to this board.

Then there’s the former prime minister of Denmark, Helle Thorning-Schmidt. She declared she “does not believe in eternal life, salvation or heaven and hell,” according to the publication Kristligt Dagblad.

Thorning-Schmidt is also one of at least six of the 15 international members of the board who openly espouse anti-Trump sentiments. She posted recently on Twitter over a photo of Obama endorsing presumptive Democrat presidential nominee Joe Biden: “The endorsement!! OMG, Miss the voice of decency and grace.”

The board members picked by the co-chairs are as left-wing as you might expect. Former Guardian Editor Alan Rusbridger has gone from supporting a free press to endorsing censorship. He tweeted in late March that the press should shut down President Donald Trump’s press conferences. “Completely agree that media should stop live broadcasting Trump, especially since he rejects robust challenges from reporters.” This is Facebook’s new commitment to free speech.

Nobel Peace Prize laureate Tawakkol Karman explained in an interview with the Spanish daily El Pais that she did “not trust Trump because I do not trust racist people.”

We find no one supportive of Trump.

It’s not just what the members oppose that is the problem. It’s what, and who, they support. At least three members have ties to leftist billionaire George Soros. One works directly for his Open Society organizations. Another was the founding dean at Central European University, which Soros founded and funded with nearly $1 billion. Even Oversight Board Executive Director Thomas Hughes comes from Article 19, which has received more than $2 million from Soros.

Some might argue that the right and Soros could find common ground supporting free speech. That’s not likely since Soros funds the very groups in the U.S. that are committed to banning conservatives from the open marketplace of ideas by branding them “haters” and the like. There are many wealthy donors on the right who also espouse free speech. Why aren’t they equally represented? One can only imagine how loudly the left would scream if three board members had ties to prominent conservative funders.

Sadly, Soros has far more influence with that board than the entire American right who are represented by one traditional conservative and one libertarian. Instead of supporting one another on rulings involving key social issues, they would likely cancel each other out.

It is too early to tell how such this board would rule. But it is terrifying to imagine how a powerful, leftist group like this might view control conservative speech — speech that defends free enterprise, traditional marriage, religious freedom, the lives of the unborn, free speech and gun rights, to name but a few.

The answer in social media has often been to call such beliefs “hate speech,” the club the left has used to beat their opponents into submission on college campuses and online. And it has been a code word for anti-conservative censors like the Southern Poverty Law Center to shut down speech it doesn’t like.

The op-ed by the four co-chairs conveniently mentioned some form of the term “hate” three separate times.

That’s not just scary, it’s dangerous. The board is dominated not by believers in the U.S. Constitution and its protections of rights; it is controlled overwhelmingly by members who live in nations in opposition to such protections. The global view of rights — even in countries we consider strong allies like the U.K. or Australia — is as far away from American beliefs as they are geographically.

It is Orwellian. The international left is not open to free speech; it is intolerant of it. It has proclaimed that “climate change” is “settled science,” therefore any challenge based on science is untrue. The gay lifestyle is a moral right. Any challenge to it is an assault on the “dignity of man,” and therefore constitutes hate speech. Abortion “rights” are sacred; therefore the rights of the unborn are non-existent, and therefore their advocates are disingenuous. On and on it goes.

We believe Mark Zuckerberg was and continues to be committed to the free marketplace of ideas with Facebook a platform and not a publisher. But Facebook has created yet another layer of control over that market, now dominated almost exclusively by non-American leftists.

Unlike its Silicon Valley cousins, Facebook has made a good faith effort to reach out to conservatives for their opinion, and we recognize that.

And so we offer this opinion of the proposed Oversight Board: When you announce your next 20 members, ensure that they will balance out the aggressively leftist tilt of this new venture your company has taken. Better yet: Get rid of the whole thing.

Members of the Free Speech Alliance (FSA) include:

Center for Family and Human Rights

Center of the American Experiment

Vice President and Director of Communications