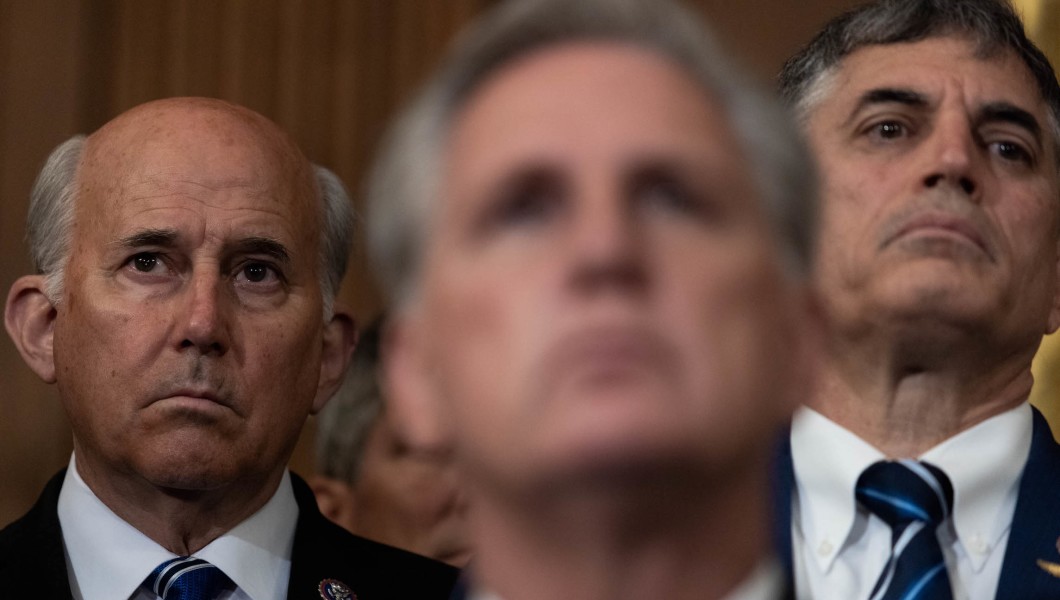 The House Freedom Caucus backed resolutions introduced Tuesday asserting the sense of Congress that President Joe Biden , Secretary of Defense Lloyd Austin, and Chairman of the Joint Chiefs of Staff Mark Milley should resign over the chaotic withdrawal of U.S. troops from Afghanistan.

“We call upon, most somberly, the resignation of this president, Joe Biden,” Arizona Rep. Andy Biggs, chairman of the House Freedom Caucus, said at a press conference Tuesday.

Louisiana Rep. Clay Higgins is the lead sponsor of the resolutions, and 25 other Republican members of Congress also signed on.

The right-wing body notably stopped short of calling for Biden’s impeachment as many other Republicans have.

WITH LAST TROOPS OUT OF AFGHANISTAN, HOUSE GOP PLANS ‘ACCOUNTABILITY’ FOR BIDEN ADMINISTRATION

“Calling for the resignation,” Higgins told reporters, is “the appropriate step prior to pursuing impeachable offenses, which has occurred. But there’s a level of compassion that underlies everything that we do regarding President Biden because some of us, myself included, many Americans on both sides of the aisle have recognized a change in his behavior.”

But some of the caucus’s members, including Colorado Rep. Lauren Boebert, did call for impeaching Biden, as well as Vice President Kamala Harris.

“If there are any Republicans who have any doubt: Know that you will be facing your own primaries, and no amount of precious money will be able to save you from the uprising of the American people who demand we do something now,” Boebert said.

The resignation resolutions assert in part that the Biden administration “allowed billions of taxpayer dollars in military equipment to fall into the hands of the Taliban,” “jeopardized the safety of United States citizens and Afghan allies stranded in Afghanistan by willingly sharing their identities with Taliban officials,” and “created a permanent rupture of trust between this military chain of command and the American people and our allies.”

A group of nearly 90 retired generals and admirals also called on Austin and Milley to resign Tuesday.

Members of the Freedom Caucus have already backed impeachment efforts against other Biden administration officials.

Rep. Harris said Monday that Blinken has “utterly failed in his duties of secretary of state,” saying that he failed to carry out statutory duties such as “emergency planning” and overseeing “safe and efficient” evacuations.

Biggs introduced articles of impeachment against Homeland Security Secretary Alejandro Mayorkas earlier this month, calling him “a threat to the sovereignty and security of our nation” and accusing him of “willfully refusing to maintain operational control of the border and… encouraging aliens to enter our country illegally.”

House Minority Leader Kevin McCarthy has so far declined to call for Biden’s impeachment, resignation, or removal, but has promised a “day of reckoning” for the Afghanistan withdrawal.

“I believe right now we should get every American home. I believe there should be accountability for what I — what I see is probably the biggest failure in American government on the military stage in my lifetime,” McCarthy said Tuesday.