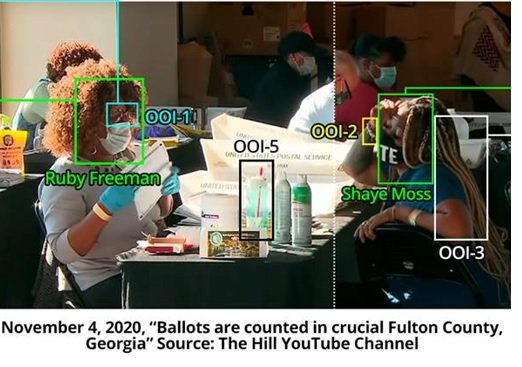 UPDATE: More on the Suitcase Vote Scam, the Elections Supervisor and that Strange “Pass” Between Mother and Daughter That Was Also Caught on Video

Fulton County is home to the infamous Ruby Freeman and her daughter Shaye Moss who were caught pulling ballot boxes from under tables and scanning the same ballots multiple times after GOP elections observers were sent home on election night.

If Fulton county officials are SO confident in the security of Georgia’s election, why are they hiring CRIMINAL DEFENSE attorneys?

This is not how innocent people act. They are hiding something in Fulton County, Georgia.