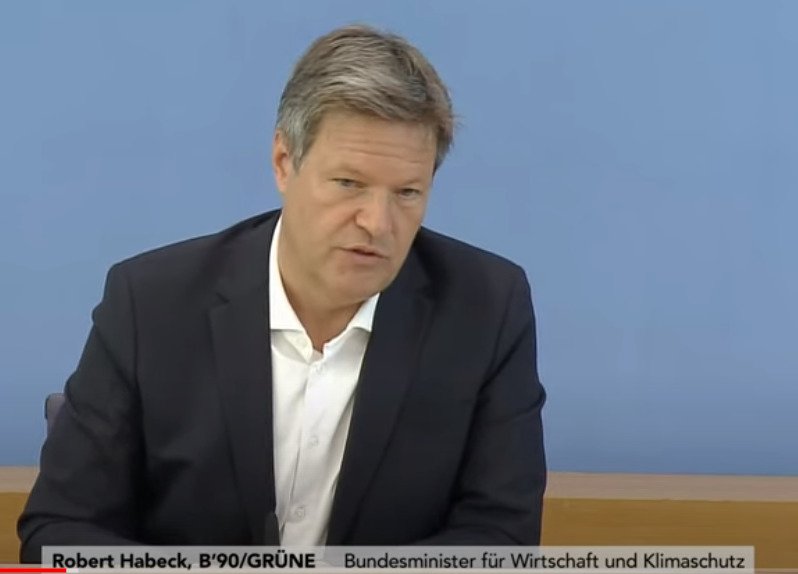 German Minister of Economics Robert Habeck warned this week that the country cannot go into the fall with only 60% of natural gas reserves.

Habeck warned Germans that energy-saving measures may need to be enforced by law. That would include control over your home’s thermostat.

MORE – Habeck added “we can’t go into winter with a 56 percent natural gas storage level. They have to be full.”

On Wednesday Russia announced it would reduce natural gas flows through a key European pipeline by roughly 40% into Germany.

The Russians don’t care what they call it. They will have to deal with it.

The effects of the Ukraine war are becoming more and more noticeable in Germany . After the recent cuts in Russian gas supplies, the gas storage facilities in Germany cannot be filled to the planned extent for the winter. In view of the situation, Federal Minister of Economics Robert Habeck (Greens) has now brought the enforcement of energy-saving measures with legal means into play.

“If the storage volumes do not increase, then we will have to take further measures to save, if necessary also by law,” said the Green politician on Thursday evening in the ARD – “Tagesthemen”. When asked whether that could also mean lowering the prescribed minimum temperature in apartments, the minister replied, “We have not yet dealt with that in depth. We will look at all the laws that contribute there«.