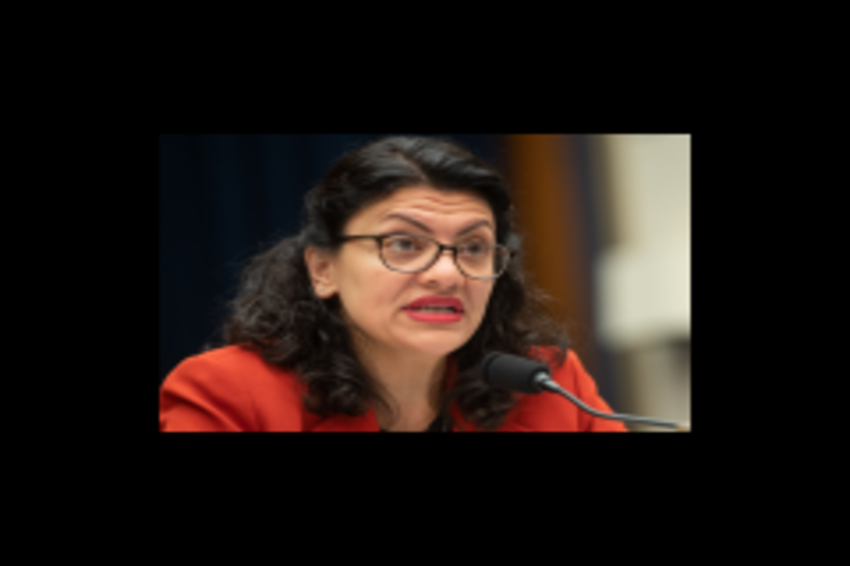 By Michael W. Chapman | December 7, 2020 In a statement released on Friday, House Rep. Guy Reschenthaler (R-Penn.) criticized Rep. Rashida Tlaib (D-Mich.) for her alleged anti-Semitism and called on House Speaker Nancy Pelosi (D-Calif.) and other Democrats to remove Tlaib from all “her committee assignments.” In a statement released to Breitbart News on Dec. 4,  Rep. Reschenthaler said, “This week, Democrat Congresswoman Rashida Tlaib participated in a forum led by one of the nation’s most anti-Israel advocacy groups that featured other participants with reported connections to Hamas, terrorism financiers, and the Boycott, Divestment, and Sanctions (BDS) movement.”

House Rep. Guy Reschenthaler (R-Penn.) (Getty Images)
“Rep. Tlaib’s participation in this conference, coupled with her recently deleted retweet of a slogan calling for the elimination of Israel, are just the latest examples of a deeply disturbing pattern of anti-Semitism that has been on display since she was elected,” said Reschenthaler. “Yet Speaker Pelosi and House Democrats refuse to condemn her heinous behavior,” said the congressman. He continued, “As a Member of Congress representing southwestern Pennsylvania, I have seen firsthand what happens when we stand by and allow anti-Semitism and intolerance to pervade our communities. In 2018, eleven Jewish worshippers were killed and six others were wounded at the Tree of Life synagogue in Pittsburgh. The day after this cowardly act of violence, I stood in solidarity with Americans of all religions, races, and ethnicities at a vigil honoring the victims of this heinous crime, and the first time I ever spoke on the House floor was to denounce hatred and bigotry in all forms.”

House Speaker Nancy Pelosi (D-Calif.) (Getty Images)
“House Republicans demonstrated we have zero tolerance for hateful speech in our ranks,” said Reschanthaler. “Speaker Pelosi, on the other hand, is deafeningly silent. By failing to act and hold Rep. Tlaib accountable, Pelosi is emboldening her and others to continue spreading and escalating this dangerous, hateful bigotry.” “It is past time we show the American people that there is no place in Congress, or anywhere, for this shameful intolerance,” said the congressman. “I call on my colleagues across the aisle to join me in calling for Rep. Tlaib to immediately lose her committee assignments.” On Nov. 30, Rep. Tlaib retweeted an item that said, “From the river to the sea, Palestine will be free.” According to the Jewish Journal, that expression has been used for decades to mean the destruction of Israel. Tlaib later deleted her retweet of the phrase. “There is no room for anti-Semitism in the halls of Congress,” tweeted Reschenthaler on Dec. 1. “I call on @SpeakerPelosi to remove Rep. Tlaib from her congressional committees immediately.” William Daroff, CEO of the Conference of Presidents of Major American Jewish Organizations, tweeted, “Rashida Tlaib’s repetition of a slogan calling for the elimination of the State of Israel is immoral and reprehensible. She does great dishonor to the United States Congress by promoting odious views that deny the right of the Jewish people to self-determination.”

Rashida Tlaib’s repetition of a slogan calling for the elimination of the State of Israel is immoral and reprehensible. She does great dishonor to the United States Congress by promoting odious views that deny the right of the Jewish people to self-determination. https://t.co/EMfAhwBK6U

The Democratic Majority for Israel tweeted, “@RashidaTlaib is not just opposed to Israeli control of the West Bank — this slogan means she sees the entire State of Israel as illegitimate and wants it eliminated. That’s an immoral and reprehensible position.”

B’nai B’rith International tweeted, “How outrageous for a sitting Congresswoman, @RepRashida Tlaib, to tweet ‘from the river to the sea, Palestine will be free,’ a well-known call for elimination of the Jewish State. With her since deleted tweet, Tliab is well aware of message behind this call for Israel’s demise.”

Sen. Kelly Loeffler (R-Ga.), who is facing a run-off election in January against Raphael Warnock (D) tweeted, “Disgraceful @RashidaTlaib. No wonder @ReverendWarnock has your full support — and the support of the Squad. He’s bashed Israel for years, calling it an ‘apartheid state’ & celebrating anti-Semite Jeremiah Wright. I will ALWAYS stand with Israel.”