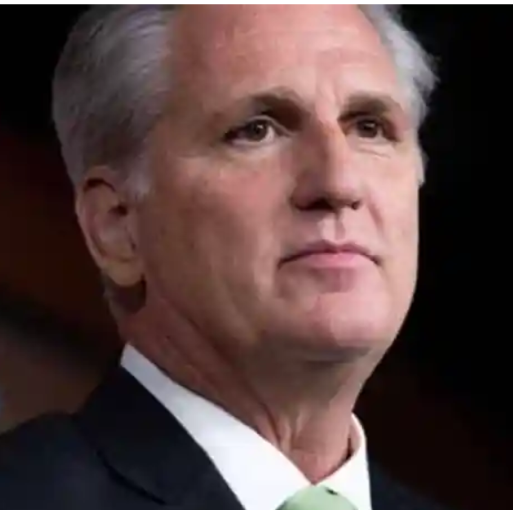 NBC News projects GOP will barely win the House with 219 seats. Democrats have 216. Nancy Pelosi isn’t going away even though she won’t be Speaker. She knows that on some votes, she can get enough votes with the help of Republicans in Democrat-heavy districts.

Jackson said President Biden will be investigated by various House committees, adding the “very, very slim majority means that the actual work of governing is just gonna be trickier.”

Democrats are busy mocking the Republicans who claimed there would be a red wave. They are also joining some Republicans in blaming Donald Trump for the losses. He’s a convenient scapegoat. It’s not Donald Trump’s fault. He’s very far in the back of the line when it comes to guilt if he bares any.

After January 6, he loudly condemned Trump and then sought to memory hole it as the base still backed Trump.

It is a very difficult job reining in 219 disparate people, but it certainly requires someone trustworthy and consistent.

So far, Andy Biggs plans to challenge him. Chip Roy would be good.

After the red wave failed to materialize, Matt Gaetz said he wouldn’t vote for Kevin McCarthy as Speaker.

On Friday, Gaetz posted on Twitter, “Kevin McCarthy: Defended Liz Cheney when @jdanbishop first sought her ouster Told GOP Leadership Trump should resign after J6 Kevin is FLIGHT over FIGHT when the chips are down He is not a Speaker for these times.”

Kevin is FLIGHT over FIGHT when the chips are down

He is not a Speaker for these times

If only we could get rid of Mitch McConnell. In many ways, he’s worse than McCarthy. In the end, Kevin McCarthy will win.

We cannot trust Kevin McCarthy to be Speaker of the House. pic.twitter.com/GbaLlzOL8R

McCarthy and McConnell Invested in FTX.

Schiff wants a ‘fair’ trial with his witnesses — says GOP witnesses are ‘irrelevant’January 26, 2020In “Home of News, Politics & Opinion”

Pelosi Threatens to Sic AOC on Dems Who Work with RepublicansMarch 1, 2019In “Home of News, Politics & Opinion”

They have the votes to oust Liz Cheney and her “Democrat talking points”May 6, 2021In “Home of News, Politics & Opinion”