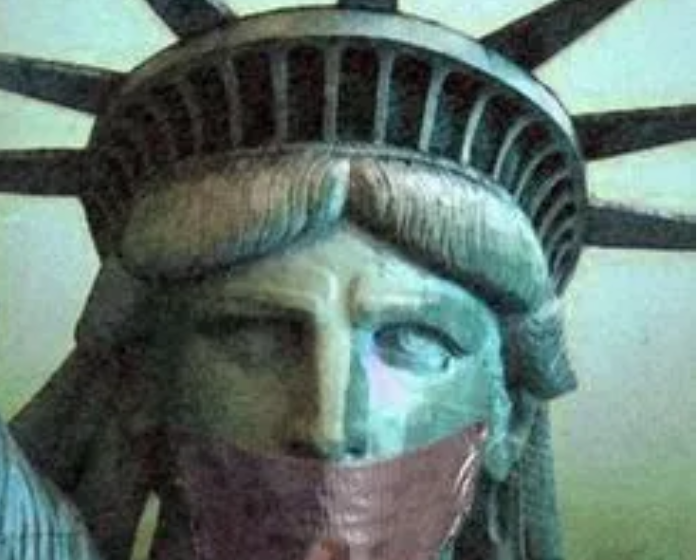 A private group, EIP, reported election “misinformation” to Big Tech platforms during the 2020 election season. They operated with federal agencies, targeting at least 20 news outlets to disseminate “misinformation.” EIP might have a connection to George Soros’s Open Society Foundation.

Just the News was one of the sites targeted, and they are the ones investigating this.

Other targeted sites include Fox News, the New York Post, Washington Examiner, Washington Times, Breitbart, and Epoch Times. Their Tweets were flagged by the Election Integrity Partnership (EIP) and its collaborators.

The Election Integrity Partnership was founded in 2020 as a non-partisan coalition to empower the research community, election officials, government agencies, civil society organizations, social media platforms, and others to defend our elections against those who seek to undermine them by exploiting weaknesses in the online information environment.

Our work, led in 2022 by the Stanford Internet Observatory and the University of Washington Center for an Informed Public, focuses on a narrow scope of topics that are demonstrably harmful to the democratic process: attempts to suppress voting, reduce participation, confuse voters, or delegitimize election results without evidence. We are interested in these dynamics both during the election cycle as well as after the election, when public perceptions of its legitimacy continue to be formed.

They’re abusing the word, “Non-partisan.”  Everything they say is a lie. They are self-appointed fake fact-checkers.  These are the totalitarian buzzards circling the Right to eliminate all political opposition.

They are the threat to democracy.

The EIP also named The New York Times, Washington Post, and CNN to cover up their true intent. But they added an after-action report claiming that most “mainstream” media reports “were referenced as fact-checks,” which represented a “corrective role” against “misleading narratives.”

The 21 “most prominent repeat spreaders [of misinformation] on Twitter:”

They were likely targeted because they are the most prominent conservatives.

Just the News reported that the Department of Homeland Security’s Cybersecurity and Infrastructure Security Agency, the State Department, and liberal groups, such as the Democratic National Committee, also flagged so-called misinformation through the consortium.

How biased can one get? This is a perfect example of the deep state in action. They are treating political opponents like they would a foreign enemy state.

The Future of EIP

Don’t worry; they consider themselves virtuous.

“If good information enables a virtuous cycle, bad information accelerates a vicious one. In an “information fog,” real threats cannot be distinguished from spurious ones. Election administration and policy become increasingly directed at addressing phantom risks rather than real issues, and public perceptions of legitimacy become unmoored from underlying realities. This increases the chances of election subversion and political violence.”

They are continuing their “work” such as it is.

“The EIP is continuing its nonpartisan and collaborative work in the 2022 election cycle. Our aim is not to fact-check, nor to decide what is or isn’t “misinformation.” In its work on delegitimization, the Partnership analyzes emerging uncorroborated or disputed information spreading through online channels, and tracks rumors that turn out to be true, false, or somewhere in between.”

The core includes the leftist Stanford Internet Observatory and the University of Washington’s Center for an Informed Public.

Anyone remember Obama’s creepy Truth Team? It was the progenitor of the left-wing fact checking behemoth. The “Truth Team” was comprised of Keeping the GOP Honest, Attack Watch, and Keeping His Word. They were all inaccurate but the goal was never accuracy as the names would imply. The goal was to sell Obama at all costs.

Our government is very dangerous. Thank a Democrat.

New Bombshell Senate Report of Russia-Trump Allegations Is a FraudDecember 17, 2018In “Home of News, Politics & Opinion”