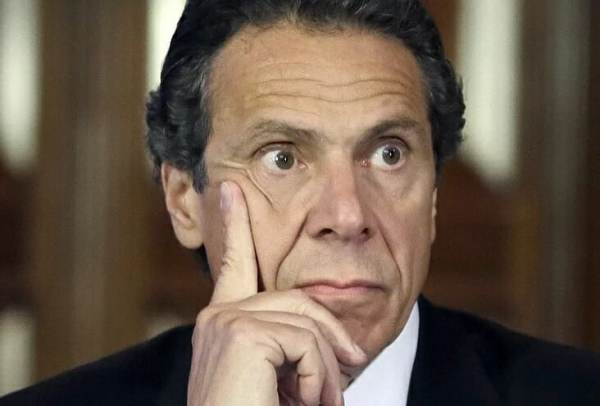 Political suicide seems to be the latest rage. We have seen Nikki Haley, Mitch McConnell, and seven other RINO Senators do the metaphorical hari-kari. Being the political sycophants they are, their words and deeds has made them radioactive to most Trump supporters. We will not forget and we will not forgive.

This brings me to Andrew Cuomo, New York’s Emmy Award-winning Governor. To call him politically retarded would be an insult to people with mental handicaps. Cuomo, to his credit, has accomplished something that few politicians in the Trump era have achieved–he’s united Republicans and Democrats.

Cuomo’s criminal conduct in placing Covid infected patients in senior centers throughout New York state led to the deaths of more than 15,000 moms and dads and he is now a target.

The New York Post is reporting that Cuomo’s perfidy is creating an unlikely alliance of Democrats and Republicans who want his head:

Politicians from both parties lashed out at Gov. Cuomo, after his administration admitted it willfully hid the true toll of COVID-19 on state nursing homes. There were calls for investigations and a possible impeachment.

Politicians of all stripes turned on Gov. Cuomo with a vengeance Friday following The Post’s revelation that his administration covered up COVID-19 nursing-home deaths because it feared the damning total would “be used against us” by the Department of Justice.

Republican lawmakers demanded that authorities investigate Cuomo and his top aide, Melissa DeRosa, who essentially confessed to the scheme during a videoconference call with Democratic lawmakers.

“Governor Cuomo, the secretary to the governor and his senior team must be prosecuted immediately — both by the attorney general of New York state and the US Department of Justice,” Rep. Elise Stefanik (R-Glens Falls) said in a statement. . . .

Meanwhile, 14 state Senate Democrats called for Cuomo to be stripped of his coronavirus-related emergency powers, which are set to expire on April 30.

“While COVID-19 has tested the limits of our people and state — and, early during the pandemic, required the government to restructure decision-making to render rapid, necessary public-health judgments — it is clear that the expanded emergency powers granted to the governor are no longer appropriate,” the lawmakers said.

The group included state Sen. Alessandra Biaggi (D-Bronx/Westchester), who tweeted earlier in the day, “Because of your decisions, thousands of people died who did not have to die.”