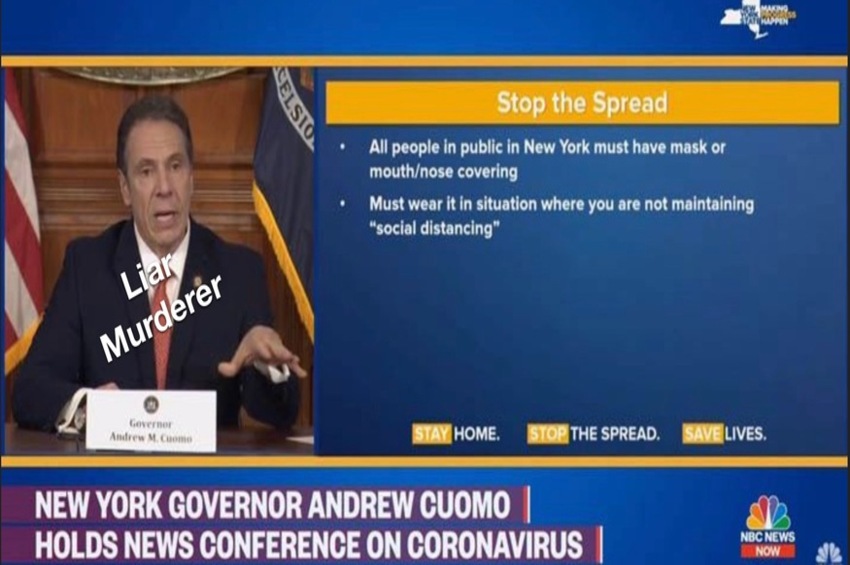 We have 100 Senators, 435 House members, 50 governors.  I made a list of who I consider honorable and dishonorable. I am not talking about receiving awards and prizes for their work, etc.  I am talking about integrity, character, moral proclivity, honesty and  a sincere interest in humanity.  A couple of house and 1 senate democrat made my honorable list along with 23 Red state Governors, 37 Republican senators (there may be 2 or 3 that are iffy), 44 house members. That is 105 members of congress and governors that made my honorable list out of a possible 585.

That means FOUR HUNDRED AND FIVE …yes 405 are dishonorable.  These 585 people are who make decisions on behalf of 331,000,000 citizens.  What the hell is wrong with us that we sit passively while these 405 dishonorable elected officials wreck our country for the 331,000,000?

I was watching Cuomo on the nursing home disasters in New York.  This is a man who lies easily to your face and in front of the camera.  Doesn’t bother him for one split second.  He has done it so long, it is just a behavior that he has finessed overtime.  He cavalierly passes the deaths of seniors as if it was expected – so what is the deal people?  Well, now we know he hid the true number of deaths with his lies because he didn’t want the Feds on him.  He certainly, doesn’t have to worry about them today.   The corrupt Department of Justice and FBI have your back man.  You are in the circle.  The protection racket these two government agencies run for the elites is in full force.  They have a fence around you – no one is coming for you. You can admit freely what you did and never pay for the crime.

As the great reset rolls fast forward. across the world, keep in mind that America’s legislation to support the reset comes from the 407 dishonorable elected officials imposing their beliefs for our future upon 331,000,000 citizens.  We have given them to much power, we didn’t pay attention to our state, county and local elections.  We didn’t bother to vet who we voted for.  We didn’t turn the heat up on the GOP. The majority of us still are asleep.  We have .00001 percent of the population making decisions for 99.99998 percent of our population. Folks, we clearly outnumber these dirtbags.

New York you elected a murderer for your governor.