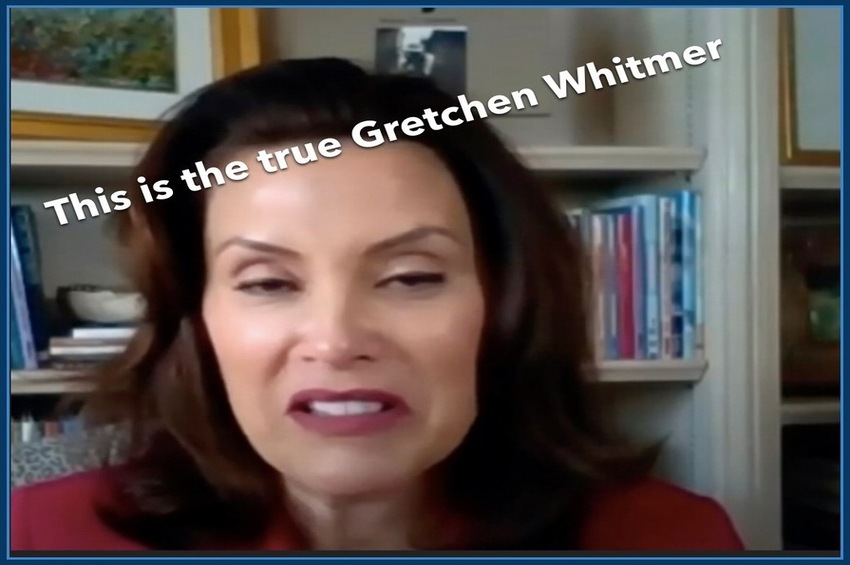 USA Today reports Michigan Governor, Gretchen Whitmer said Friday, October 9, 2020, the men that were charged with plotting to kidnap her and storm the state Capital should be referred to as domestic terrorists, not a member of any militia. You can read the USA Today story here. Click here to read the USA Today article

Governor Whitmer also blamed President Trump for being “complicit” in the plot to kidnap her. We know this statement is complete nonsense and cheap sensationalism. None the less, I can understand her shock and even her fear. What I don’t understand is why she is only concerned when the act is directed against her. She wasn’t concerned when Grand Rapids and Lansing were being burned, looted, and destroyed. She wasn’t concerned about citizens that were beaten by ANTIFA and BLM. She isn’t concerned the Democratic Party is funding ANTIFA and BLM by using their Act Blue donation link to collect money. No, she isn’t concerned at all about any of this. Governor Whitmer has said on many occasions that she stands with Governors Inslee, Brown, Newsom, and Sisolak. These are communist Governors. It is said many times on her FaceBook page and the posted notices from the Governor.  I don’t address socialism anymore because it is merely a point in time before full blown communism prevails.  There is no country in our world that has a socialist economy.

However, like Dr. Phil says, “you can’t change what you won’t recognize.” This could not be more true for Governor Whitmer. Governor Whitmer supports the destruction of America. Oh, she will say this isn’t true. She really doesn’t need to say a word. Her actions speak louder than any words uttered and its the actions that count.

She is a tyrant and it is evidenced by all of the above and all of the following. While she ordered citizens to remain in their homes and ordered they could not visit their vacation homes, Whitmer’s husband made a special request to the marina to ready his boat for use. She didn’t apologize.

Whitmer will revoke your business license in a split second for disobeying her COVID orders. The Michigan State Supreme Court ruled that Governor Whitmer has overstepped the Michigan state constitution and essentially saying her orders violated the people of Michigan’s rights. How did Governor Whitmer respond?

Metaphorically, she flipped them the finger when she said, “my orders will stand for the next 31 days with enforcement.”

Whitmer indeed has not denounced or classified BLM and ANTIFA as domestic terrorists but was outraged when conservatives “charged” into the state assembly.

On July 31, 2020, Whitmer vetoed a bill from the GOP controlled legislature that would have shifted elderly people with Covid-19 away from nursing homes and into entirely separate facilities. The bill was a direct challenge to Whitmer’s administration’s current handling of nursing homes during the Covid-19 pandemic, which has focused on caring for those with a virus in isolated spaces of existing homes.

Whitmer said the bill was based on “the false premise that isolation units created within existing facilities are somehow insufficient to protect seniors. The number of nursing home deaths from her order does not support her claim at all: 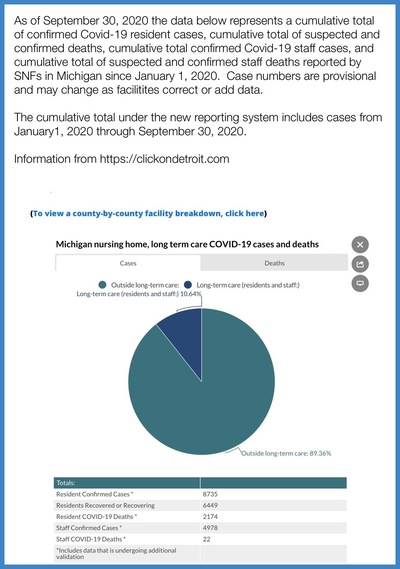 She refuses to accept any responsibility for her actions or the outcomes from her actions, and refuses to recognize and acknowledge them.

I have begged the Democrats, the Democrat Governors and mayors to critically think about what their actions will bring. I asked them to consider the position they will force upon people. I asked them to recognize their efforts will not end with a positive result for
themselves or Americans.

But stupid is as stupid does. The Democrats leaked the Transition Integrity Project. It essentially says if we don’t vote for Biden – meaning if he loses the election – the ruling class will initiate civil war upon us. It even goes as far as to say that we will face a tribunal for those of us who don’t yield.

When good people become desperate, they will do whatever it takes to survive. Good people will do things they would never, under normal circumstances, consider doing. I believed AG Barr was upfront and an honest man who would bring justice. I don’t think that anymore. He had the power to stop civil unrest, and he squandered it. We do have a two-tier justice system – one for the ruling class and one for us. We all need to understand that the ruling class composition is not only the left; it includes many people from the right.

I don’t wish harm upon anyone. But, I have to ask, how can the ruling class believe they would be exempt from harm’s way? What makes them think they are not walking around with targets on their back right now, this very moment? They have poked the bear. The bear is us. It is arrogant of them, not to mention naive, to believe they will never see harm and suffering if or when any war takes place. The ruling class is not exempt.

I don’t know if the ruling class is full of hot air or not. One side of me says yes, and the other side says don’t underestimate what they are capable of doing. If the ruling class does decide to initiate the slaughter, are you prepared?

Do you know where you will go, stay, or what you are willing to do? Are you stocked with supplies? Will you be able to defend yourself and your family? More than likely, the answer to any or all of these questions may be no. I understand that. None of us have any idea of how bad it may or may not get. Because of this, we don’t know how to prepare, and we have never had our limits tested as they are being tested today.  So many of us, with the exclusion of our military have never experienced a war up close and personal.

Given the fact the ruling class has told us every step of the way what they are doing and what they are going to do, I believe we have every right to talk openly about what we need to do if their threats become our reality. My picture of reality is different from theirs. I know I won’t yield. I don’t have a problem doing whatever it takes to protect myself and my family from harm’s way.

So, I am now making my last plea to the Democratic governors and mayors. I am not including Congress – I believe they are useless without any doubt, and there is no hope for them. Governors and mayors, you are nothing more than useful idiots. Not one of you is wealthy enough to obtain a coveted seat in the ruling class. Do you have an army that is going to stand with you when people turn on you?

Look at what Whitmer just avoided. If you choose to unleash your wrath upon us, you won’t have the FBI, military, or national guard. We will be a lawless land. You have been foolish, and self-identified who you are and what you are about. Do you believe your citizens won’t come for you? When I say citizens, I include both those on the left and the right. Because, when it gets down to it I believe those who are not in the ruling class, regardless of party, no matter where we are on the income scale,  will recognize the shit show you have created, the lies you have told, and will unite for the takedown.

Here is why I don’t think it will work out well for you. America’s ruling class wants the ability to control America’s assets, the freedom to sell them to the highest bidder, and line their personal pockets. This is about power, greed, and control. The ruling class wants us to be their surfs and keep the taxpayer piggy bank open for their personal use. The ruling class is the deep state. The deep state member names are so easy to identify. You have outed yourselves for the world to see. I used to think the UN Agenda 30 was behind this. I’m not so sure about that now. However, I don’t think America’s greedy want to give up that power, control, and wealth to the world. I don’t believe America will ever see a nuclear bomb because that would make our country uninhabitable.

Our enemy countries do not want the American people for any other reason than slave labor. They want our land resources, our gold and valuable metals, and so on. Without we the people, America has no world dominance. Do you think the ruling class has given any thought that when America engages in a civil war and America’s people unite to take out the one percent behind this awful effort, that citizens under tyrant rule in other countries will rise and rebel?

People around the world will recognize if American citizens can do it – they can too. You only represent one percent of the population. Your puppets represent only one percent of the population. Do the 2 percent of you combined believe you can take down the remaining 98%? Do you believe that American’s are not smart enough to know that if you engage us in war, the first step must be to take down our state and local governments?

Please, I am begging you to consider your actions carefully. I don’t want war. I love my country. But know this, I am ready to accept there will sadly be casualties. I am willing to put money on the fact that the left and the right will unite once it becomes visible to all what you are doing. I do not see how this can work out well for anyone – particularly you.

You need to stop now! Please, please don’t put yourselves in the situation that Gretchen Whitmer found herself. Please do not sacrifice American lives in the name of greed, power and control.

You can follow me on Twitter and Parler @TheSheilaG2020 (same handle for both). I am a member of the Conservative Choice Campaign and KAG Coalition.