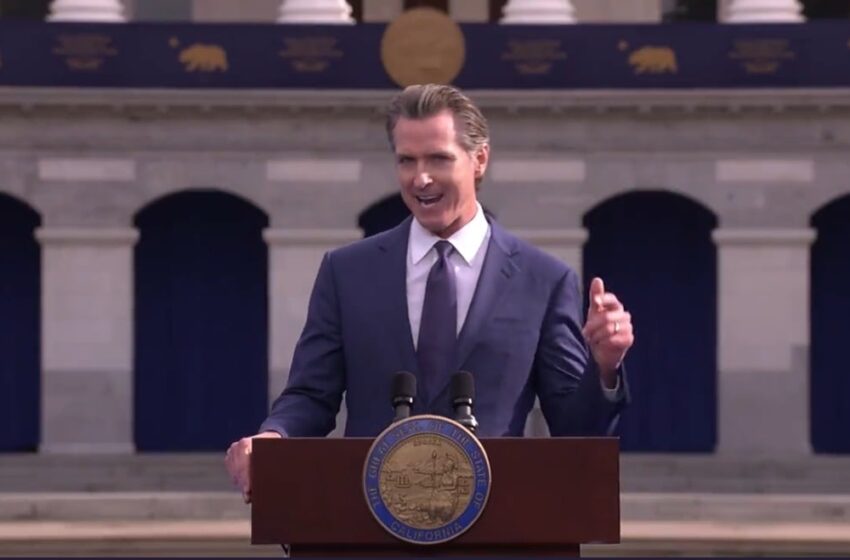 He said this with a straight face.

Gavin Newsom on Friday held an inauguration to begin his second term as California’s governor.

Californians tried to boot Newsom from office, but unfortunately failed.

351,000 “Yes” votes disappeared in an instant during live coverage of the Newsom Recall Election in California.

Newsom delivered remarks at his inauguration.

California is the true freedom state.

Freedom is who we are – anyone from anywhere can accomplish anything here. pic.twitter.com/3WZMd29xTf

California, the so-called ‘freedom state’ has the highest state income tax in the nation.California just banned the sale of gas-powered vehicles starting in 2035.Newsom imposed vaccine mandates on healthcare and government workers.California has some of the strictest gun control laws in the nation.