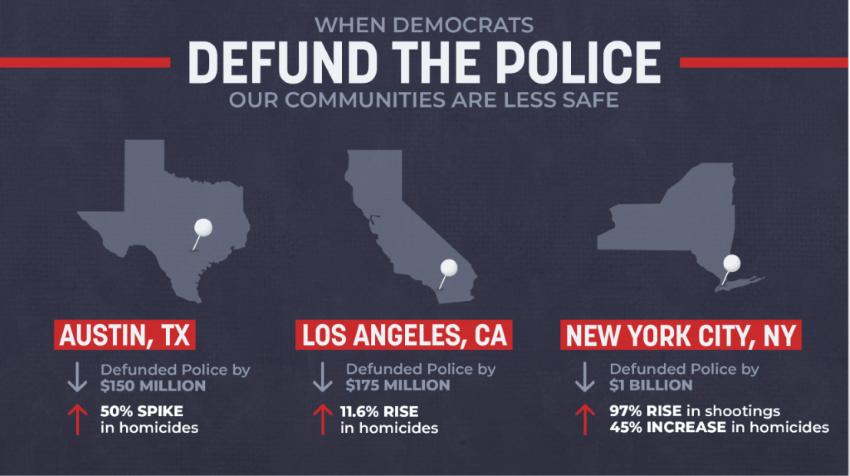 OBIDEN THE BOLD-FACED LIAR HAS THE DEMOCRATS DESTROYING OUR COUNTRY-

Two people were shot outside the home of Rep. Lee Zeldin (R-NY) Sunday.

Zeldin’s two 16-year-old daughters Mikayla and Arianna were home at the time of the shooting, with the representative and his wife Diana traveling by car following a Columbus Day Parade. Investigators on the scene do not believe the Zeldin family was the target of the shooting.

“One of the bullets landed just 30 feet from them,” Zeldin tweeted Sunday. “They acted very swiftly and smartly in response.”

RIOTS AND SOFT-ON-CRIME DEMOCRATS, NOT LAW-ABIDING GUN OWNERS, CAUSED THE RISE IN HOMICIDES

“After my daughters heard the gunshots and the screaming, they ran upstairs, locked themselves in the bathroom and immediately called 911,” Zeldin explained in a statement. “The two individuals who were shot were laying down under my front porch and the bushes in front of our porch. My understanding is that they have been transported to area hospitals. I do not know their identities.”

The Suffolk County Police Department was reportedly on the scene when The New York Post interviewed Zeldin Sunday. The departmetn did not respond to the Washington Examiner’s request for comment.

This comes after Zeldin was confronted while he was speaking at a veterans’ event in Fairport on his “Unite to Fire [N.Y. Gov. Kathy] Hochul” bus tour in July. A man jumped onto the stage where Zeldin was speaking and reportedly had a self-defense key chain in his hand. Zeldin was uninjured.

Thank you to all who reached out with your concern regarding the 2 people shot this afternoon outside my home. Mikayla and Arianna were at the kitchen table doing homework. One of the bullets landed just 30 feet from them. They acted very swiftly and smartly in response. pic.twitter.com/PMw3u5ic17

“Like so many New Yorkers, crime has literally made its way to our front door,” Zeldin said. “My family is grateful to all who have reached out and we will provide another update when we can.”

Gov. Kathy Hochul, Zeldin’s opposition in the upcoming gubernatorial race, confirmed she had also been briefed about the shooting.

“As we await more details, I’m relieved to hear the Zeldin family is safe and grateful for law enforcement’s quick response,” Hochul wrote in a tweet.

I’ve been briefed on the shooting outside of Congressman Zeldin’s home. As we await more details, I’m relieved to hear the Zeldin family is safe and grateful for law enforcement’s quick response.

Suffolk County reported that firearms are involved in a majority of its murders in 2021 at 56%. Firearms were involved in 24.3% in violent crimes, 39.1% in robberies, and 24.4% in aggravated assaults across the county that same year.