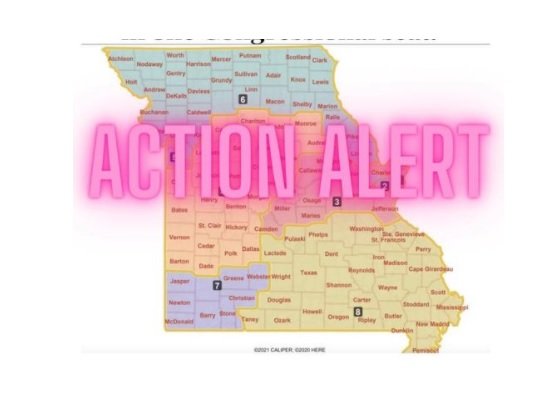 On Monday night, Senate Republicans in Missouri voted down an attempt to create a map of Congressional districts that would place the state in a 7-1 Republican hold.  14 Republicans joined all the State Democrats to defeat the bill.

While Republicans in several states including Missouri are giving up Congressional seats to Democrats, the Democrats are vicious in their attempts to reshape maps that give themevery possible seat imaginable in blue states.

On Monday night a vote was held on GOP Senator Bill Eigel’s effort to put together a map that benefitted the Republican Party in the state.  The vote was defeated after 14 RINOs joined with the 10 state senate Democratss to turn down a plan that best benefits the Republican Party.

Tonight Missouri conservatives are holding a filibuster in an attempt to shut down the redistricting plan by RINOs and Democrats that gives seats to the Democrat Party.

But Missouri Republicans are not alone.

Ohio Senate Republicans gave up on their redistricting vote too.

They didn’t even try to pass a new map. This will kick the process to the bipartisan Ohio Redistricting Commission.

Update on Ohio re-redistricting: House Speaker Bob Cupp (R) says the legislature won’t even try to pass a new map. This will kick the process to the bipartisan Ohio Redistricting Commission, which has until March 15 to draw a map. https://t.co/QgCIcO80jzpic.twitter.com/QOQmxvunNm

Ohio Republicans hold a 25 to 8 advantage in the Ohio State Senate!!

The Ohio House has a 61 to 38 Republican advantage.

They DIDN’T EVER TRY to protect Republicans in the state.

These Republicans refuse to stand with their voters. This is happening all over the country, just look at Arizona and Georgia officials in the 2020 election!

t some point you have to ask — Have Democrats infiltrated the Republican Party in Red States?