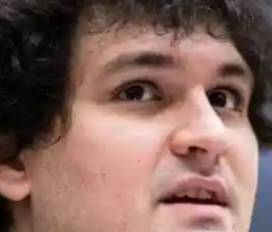 Founder of crypto FTX and second largest Democrat donor in 2022, Sam Bankman-Fried, had at least four meetings at the White House this year with President Joe Biden‘s administration. SBF was arrested for fraud but also campaign finance violations. He was arrested the day he was supposed to testify because the money he laundered through FTX, Ukraine, etc. is directly tied to the White House and Democrats.

Allegedly the meetings were general discussions of the crypto market and pandemic prevention.

Two of them took place before his dramatic collapse and SBF’s arrest on charges that include campaign finance violations.

That revelation comes from reporting by Bloomberg and the extensive “S.B.F. Chronicles” at Puck.

Bankman-Fried used “dirty money” to “buy” influence, primarily to Democrats but also to a handful of [RINO] Republicans, say U.S. Attorneys. A vast amount of money was given to Democrats.

These included at least two meetings with Steve Ricchetti, Counselor to the President, one with Biden’s deputy chief of staff Bruce Reed, and an apparent two-day meeting after that, participants not reported. SBF’s brother, Gabriel Bankman-Fried, who is one of the names used in for the FTX/SBF political donation schemes, also had a meeting at the White House this year.

“His brother, Gabriel Bankman-Fried, is recorded in a March meeting of his own and then took part in the May 13 session for a total of at least five this year that involved one or both of the brothers,” Bloomberg reports.

That’s why the arrest was rushed the day before he was to testify to Congress. He’s tied to the White House and they’re hiding that information. It’s the most logical reason.

Bankman-Fried met Sept. 8 with Steve Ricchetti, one of President Joe Biden’s senior advisers, White House officials familiar with the matter said. The meeting, previously unreported, was the latest in a handful of sessions.

Puck adds these details from a conversation that a television producer and former Wall Street banker named Laura Goldman had with Bankman-Fried in September 2021:

As it turned out, S.B.F. was all too happy to meet with politicians and ply them with millions. He told Goldman he had given away about $25 million to that point. “There are cases where I wish I gave more in retrospect,” he said.

Goldman took S.B.F. at face value when it came to his interest in pursuing regulation for the crypto industry. Figuring he really wanted the industry to be regulated, after the interview, Goldman introduced S.B.F. to the White House public engagement team. “He’s planning a Washington visit and would like to meet with people in the WH,” she wrote. Zach Butterworth, the White House Director of Private Sector Engagement, responded to Goldman that S.B.F.’s team should be in touch with Jana Plat, in the White House Office of Public Engagement.

The White House will meet with any corrupt little creep with money.

SBF Gets the Friendly Judge to Oversee His TrialDecember 28, 2022In “Home of News, Politics & Opinion”

FTX CEO SBF Is In the Bahamas Under Police SupervisionNovember 13, 2022In “Home of News, Politics & Opinion”

Hey! Be nice!
“The White House will meet with any corrupt little creep with money.”
Dems in the White House, certainly starting with the Clintons, only met with BIG creeps.