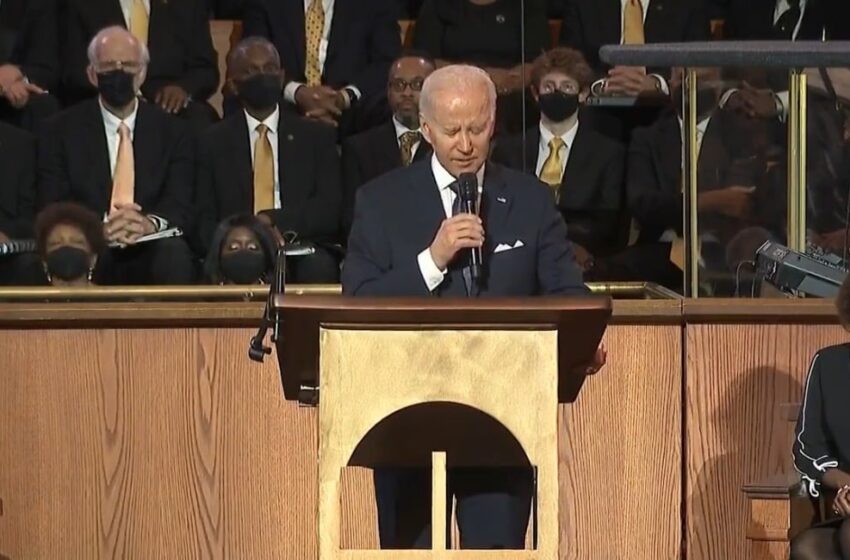 Biden lied while he was at church.

Joe Biden claimed he attended a black church as a teenager.

“I used to go to 7:30 mass every morning in high school and then in college, before I went to the Black church. Not a joke,” Biden said.

He also creeped on a girl sitting in the audience.

One of the most embarrassing parts of Biden’s speech at a black Baptist church while honoring MLK?

He couldn’t even pronounce the name of the black US Supreme Court Justice he appointed.

“Those are the words of Kejan— Kejan— Ketanji Drown Jackson, our Supreme Court justice,” Biden said.