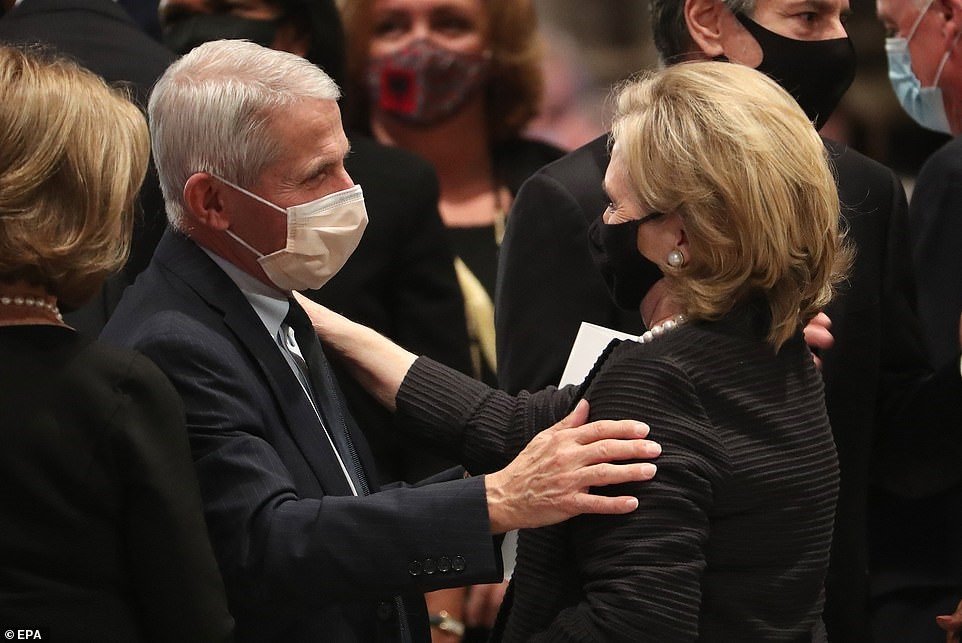 They looked like long-lost lovers so happy to be reunited at a funeral.

Hillary Clinton and Dr. Fauci, two Americans who have done more to destroy this country than any others living, other than Obama, met up yesterday at the funeral for vaccine-protected General Colin Powell.  They looked like long lost lovers.  Sick.

Before losing to President Trump in the 2016 Election, Hillary started the rumors that Trump was colluding with Russians and pushed this story to the corrupt DOJ which then gladly ran with it for Trump’s entire term.  The story was a lie, which Hillary knew, and the corrupt US Intel agencies were happy to create the illusion that it was not and their efforts were legit.

Dr. Fauci as we all know, funded over 60 projects in Communist China, helping them with research and grants in how to create a lethal biological weapon.  They succeeded in this endeavor and dropped their weapon last year in an effort to kill the US economy and remove Trump from power.  To date there have been no repercussions for China or Fauci.

BREAKING: Dr. Fauci Funded 60 Projects at the Wuhan Institute of Virology and All Were in Conjunction with the Chinese Military

These two villains have done more to destroy America than most people living.  No wonder they are so happy to see each other.