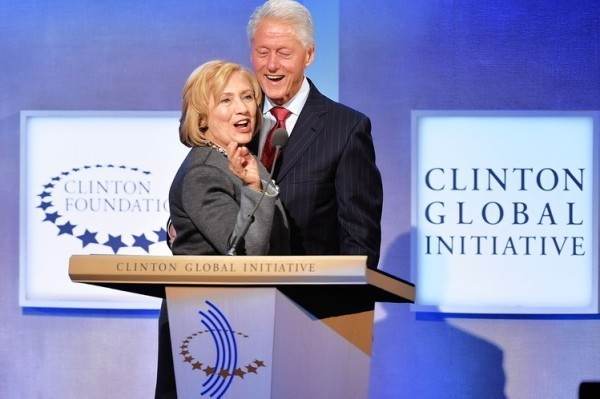 The Clintons are likely the most corrupt couple in US history.  If we had a DOJ and protection for Jeffrey Epstein, they’d be in jail.

Can there be anyone as corrupt and oblivious to their own corruption as the Clintons?  Bill was impeached for obstructing justice and tampering with witnesses involving numerous incidents and crimes that took place in his administration.  Hillary and Bill made millions in their foundation while giving a huge percent of US uranium to Russians for a few more million.  Next Hillary created the bogus Russia collusion sham that the corrupt DOJ and FBI ran with.  Now Hillary is asking for donations?

In a tweet, Hillary asked for donations for her corrupt foundation.

If you’re able to give, I hope you’ll consider supporting the life-changing work of the @ClintonFdnhttps://t.co/DUZHJS2AOH

The responses were spot on.

Yes – if Satan had a foundation – it would be this one… https://t.co/jQek9Og7aK

Some responses were related to the Clintons’ reported embezzling of funds from Haiti meant for hurricane survivors.

Life changing? Haiti is wondering about the money they were scammed out of. https://t.co/TWTlFqYYiK