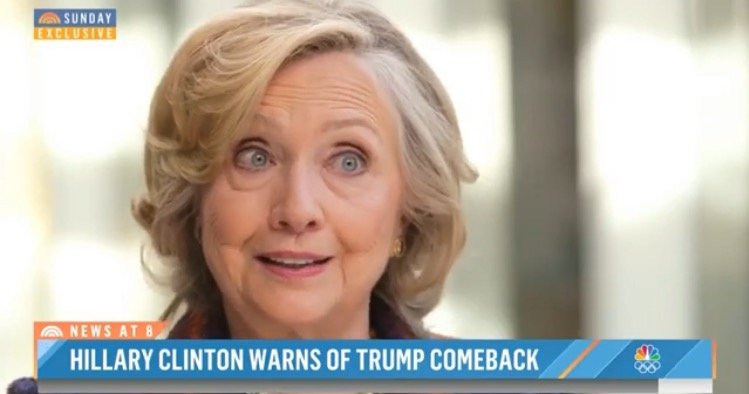 Hillary Clinton predicted Trump would run again in 2024 and warned of dire consequences for the country if he were to retake the White House.

“If I were a betting person right now, I’d say Trump is going to run again,” Hillary said in an excerpt of her interview with TODAY host Willie Geist. “But I want people to understand that this is a make-or-break point.”

Hillary Clinton is still bitter she lost to Trump after calling more than half of Americans “deplorables.”

“Are we going to give in to all these lies and this disinformation and this organized effort to undermine our rule of law and our institutions, or are we going to stand up to it?” she asked.