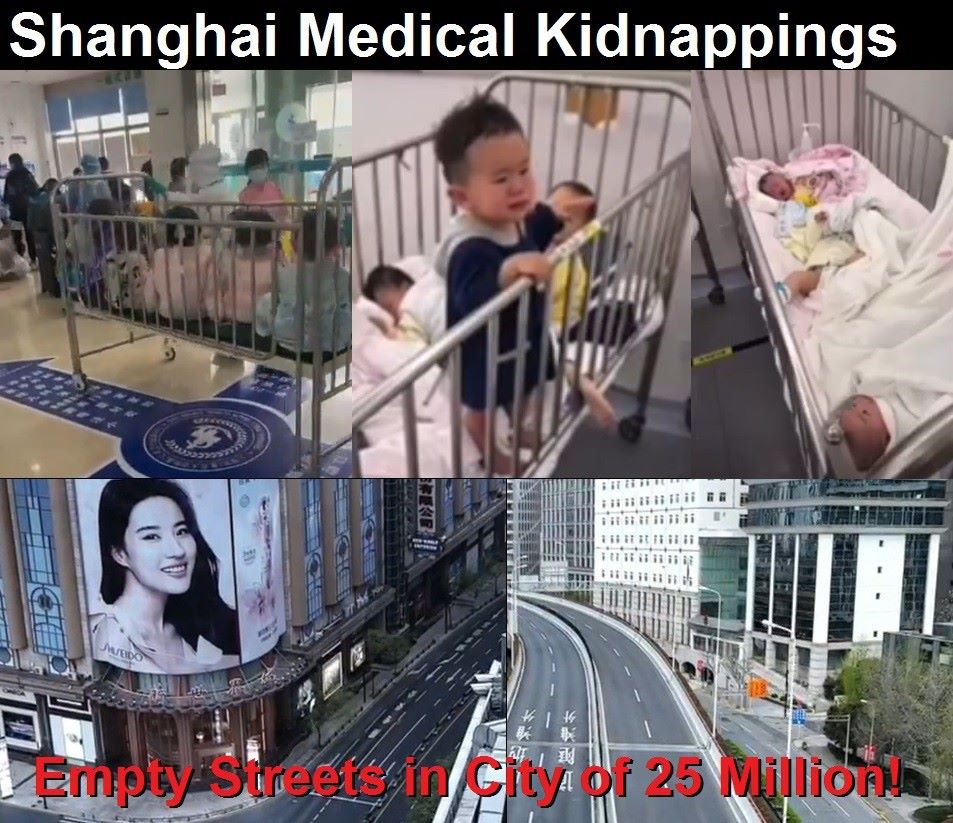 In early 2020, something happened that changed the course of the world and affected everyone’s life forever.

And no, it was NOT the outbreak of a deadly new coronavirus.

It was the fear over a deadly new virus that authorities in China used to convince over 50 million people in the Wuhan City area to voluntarily lock themselves down in response to that fear. See:

Ground Zero in Wuhan: What Really Happened that Caused the World to go on Lock Down?

The plan worked, perhaps better than anyone had ever imagined, and it became the blueprint for the rest of the world, as nearly every other country in the world followed suit and began to lock down their populations, and the world has never been the same since.

Well don’t relax now and believe that the worst is now behind us, because it appears that COVID 2.0 has just been unleashed in China, as their largest city of 25 million people is now in their 10th day of lockdowns, all over an increase in new “cases” of people testing positive for COVID.

And it appears that the medical tyrannical police state has only gotten worse, as babies and young children who are testing positive are being separated from their parents by force and put into quarantine hospitals, as people cooped up in their apartments and homes complain through their windows as drones fly overhead telling them to “Control your soul’s thirst for freedom” and close their windows. (Source.)

Is Shanghai the new test city for COVID 2.0 that is coming soon to a city near you?

The last time I was in Shanghai was in 2007, and I was shocked this week to see film footage of familiar streets that are usually a massive sea of humanity with congested snarls of traffic be completely empty in the middle of the day.

I could hardly believe what I was seeing.

In Shanghai, China, an empty streets were filmed from a drone due to the current quarantine associated with another outbreak of coronavirus. Citizens were forbidden to go outside their apartments. pic.twitter.com/w8gMQSwPua

Is this true? Could this really be possible??

Then came the reports of medical kidnappings, where infants and toddlers were being taken away from their parents by force.

Parents who brought their children in for treatment have seen them taken by authorities and moved to official quarantine facilities, often leaving families in the dark about their childrens’ condition. When both parent and child have tested positive, doctors have used threats to browbeat families into compliance. in some cases, children as young as 3 months old have reportedly been separated from their breast-feeding mothers.

Reuters shared the story of Esther Zhao, a woman who was separated from her 2.5-year-old daughter in Shanghai after the girl came down with a fever.

Esther Zhao thought she was doing the right thing when she brought her 2-1/2-year-old daughter to a Shanghai hospital with a fever on March 26.

Three days later, Zhao was begging health authorities not to separate them after she and the little girl both tested positive for Covid, saying her daughter was too young to be taken away to a quarantine centre for children.

Doctors then threatened Zhao that her daughter would be left at the hospital, while she was sent to the centre, if she did not agree to transfer the girl to the Shanghai Public Health Clinical Center in the city’s Jinshan district.

Despite pleading with doctors for information, parents are often left in the dark, offered few – if any – updates about their child’s status.

Since then she has had only one brief message that her daughter was fine, sent through a group chat with doctors, despite repeated pleas for information from Zhao and her husband, who is in a separate quarantine site after also testing positive.

“There have been no photos at all…I’m so anxious, I have no idea what situation my daughter is in,” she said on Saturday through tears, while still stuck at the hospital she went to last week. The doctor said Shanghai rules is that children must be sent to designated points, adults to quarantine centres and you’re not allowed to accompany the children.

Making matters worse, images of crying children who had been separated from their parents went viral on Chinese social media, filling Zhao with feelings of dread. The photos and videos posted on China’s Weibo and Douyin (the Chinese version of TikTok) social media platforms depicted wailing babies, crowded three to a cot. In one video, a clearly distressed toddler crawled out of a room with four child-sized beds pushed to one side of the wall. Few adults could be seen. While Reuters wasn’t able to independently verify the videos, a sources familiar with the facility confirmed their authenticity, and also confirmed that the facility is situated in at the Jinshan District of Shanghai.

While most of these posts had been deleted by the authorities by Saturday, thousands of comments and complaints remained on the sites. (Source.)

The Chinese Government has reportedly sent in 2,000 military personnel and another 30,000 “medical workers” to test every single resident of Shanghai, and enforce the lockdown policies.

Shanghai’s 25 million people under lockdown indefinitely. Chinese social media shows some breaking out of lockdown to protest, chanting: “we want freedom”; “why are you starving us?”
Much of the dissent is censored. Most of videos in our story were erased from the internet @cnn pic.twitter.com/QUHrfqEhiG

Apparently pet owners are not even allowed to take their pets outside resulting in some extreme measures.

Unable to even walk their dogs, stories of locals allowing their dogs to poop and pee inside their apartments have spread like wildfire. Here’s more from Al Jazeera:

Now five days into the latest lockdown, Vicky, who prefers not to share her family name, has found herself doing something entirely unexpected: trying to convince a friend’s rescue dog, Mocha, that it is ok to go to the toilet inside her apartment.

“She is currently staring at me right now with sad puppy eyes like ‘why aren’t we going out?’ and I don’t know how to explain it to her,” Vicky told Al Jazeera by Skype. “So far, I have just tried to communicate to her that one, if you poop on the floor, I won’t be mad at you, and two, if you pee and bathroom it’s fine, I will just hose it down. It’s not a big deal.” (Source.)

Robot dogs are employed by the government to patrol the streets.

A robot dog patrols the empty streets of Shanghai in China with a loudspeaker as a reminder of sanitary measures‼️The authorities have introduced containment of the country’s economic capital after identifying several thousand cases in recent days☝???? pic.twitter.com/v2gun6SsIG

In another report residents who started talking and singing through their windows were warned by a drone flying overhead to stop singing, control their soul’s desire for freedom, and close their windows.

As seen on Weibo: Shanghai residents go to their balconies to sing & protest lack of supplies. A drone appears: “Please comply w covid restrictions. Control your soul’s desire for freedom. Do not open the window or sing.” https://t.co/0ZTc8fznaV pic.twitter.com/pAnEGOlBIh

Since China started this whole show in Wuhan in early 2020, I can’t help but wonder if this is now the new blueprint to be implemented soon in the rest of the world being trialed in Shanghai?

(I wonder how well one of those robot dogs would handle birdshot fired from a 12 gauge?? I get the feeling this might be harder to pull off in many places in the U.S., but who knows? Fear is a powerful motivator as we have already seen, and too many people refuse to turn off their corporate media propaganda that is brainwashing them.)