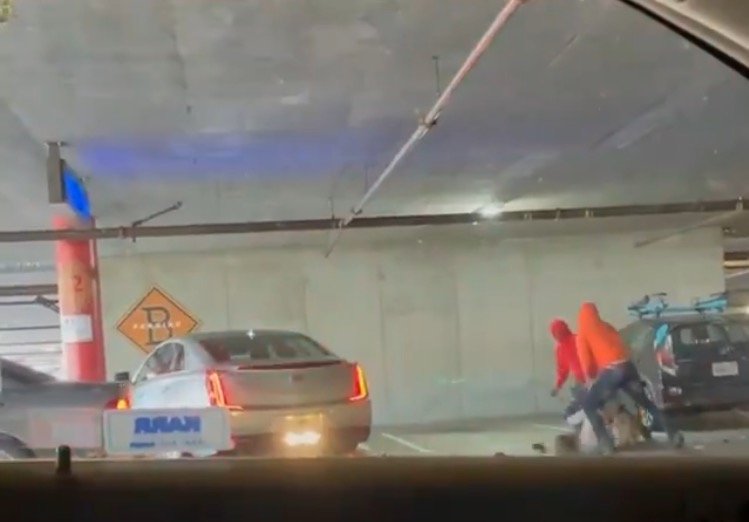 Two women in their 20s were attacked and carjacked Monday afternoon in a San Francisco Bay Area parking garage in broad daylight.

A witness sent video of the horrifying assault to local KGO-TV reporter Dion Lim and she released it to the public on Thursday afternoon.

The two women were visiting California and drove to the Emeryville Bay Street garage to return a pair of jeans to H&M when they were ambushed by at least three thieves.

According to KGO, the assailants ripped their purses away and stole their car.

One woman is seen on video screaming and fighting for her life as two assailants physically assault her and rob her.

Witnesses shared this w/me when Monday afternoon the victim & her friend, both in their late 20’s were assaulted, robbed & car stolen. pic.twitter.com/q8Ts9gdPb8

KGO-TV reporter Dion Lim said since May there have been at least 3 victims of robbery and carjacking in that same parking garage.

I reviewed Emeryville crime reports & since May found at least 3 victims of robbery/carjacking in the garage & a number of robberies (some w/weapons) at different stores.

Waiting for mall property manager to respond w/what safety measures are being done after these incidents.