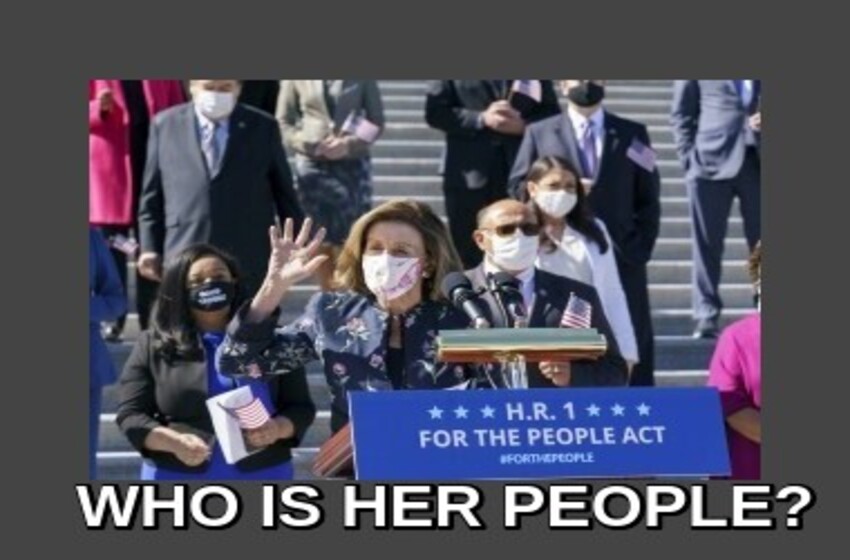 The House passed Democrats’ massive election reform bill, the “For the People Act,” on Wednesday in the wake of lingering bitterness over the 2020 election and the Jan. 6 Capitol attack.

Republicans warned that the legislation amounts to a federal takeover of the election system that will create opportunities for fraud, while Democrats say that the longtime wish list of reforms would expand voting access and reduce the influence of money in elections.

Democrats previously passed a version of H.R. 1, the bill number saved to signify a top priority of the majority party, in the last Congress in 2019, but it never got a vote in the Republican-controlled Senate. This time, every single House Democrat has signed on to the bill, and Democratic Senate Majority Leader Chuck Schumer is poised to bring the legislation up in the Senate, though he only has a slim, non-filibuster-proof 50-50 majority.

Democrats celebrated impending passage of the bill with a press conference on the Capitol steps on Wednesday, during which Democrats held up small American flags.

House Speaker Nancy Pelosi said that across the country, over 200 measures are being put together “to suppress the vote.”

“How could it be? How do we pledge allegiance to the flag, in the Capitol, this temple of democracy, while at the same time supporting voter suppression across the country?” Pelosi asked.

Not all of the far Left’s priorities made it into the bill, though. A measure to lower the voting age from 18 to 16 from “Squad” member Ayanna Pressley, a Democrat from Massachusetts, failed on the House floor on Wednesday.

Republicans sharply criticized the bill. In an op-ed, Republican Reps. Chip Roy of Texas, Ted Budd of North Carolina, and Jody Hice of Georgia argued that the bill is a ploy by Schumer and Pelosi to “cancel your choice at the ballot box.”

Republicans in the House and Senate have signed on to an alternative to the Democrats’ bill with the “Save Democracy Act,” a proposal crafted in the House Republican Study Committee that has versions introduced in both the House and the Senate.

That bill would tighten, rather than loosen, requirements to vote, largely proposing the opposite of measures in Democrats’ H.R. 1: It would require people who register to vote to provide their Social Security number and to have identification when voting, and it would prohibit automatic voter registration!