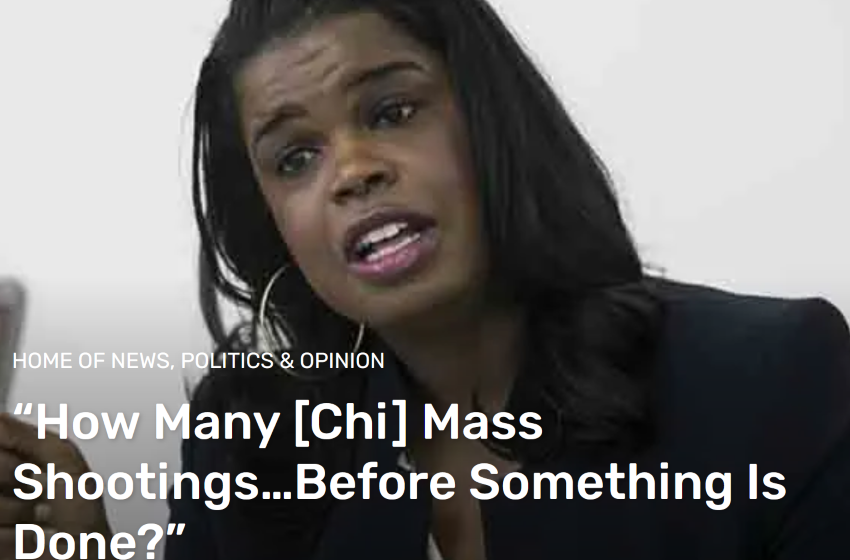 Jim Murphy, a top Cook County prosecutor with 25 years in his position, resigned this week. He said he “can’t continue to work for an administration I don’t respect.” Murphy explained that [Soros-funded] State’s Attorney Kim Foxx, of Jussie Smollett fame, is “more concerned with political narratives and agendas than with victims and prosecuting violent crime,” adding, “that is why I can’t stay any longer.” He asked “how many mass shootings…before something is done?”

“I wish I could stay,” he wrote in an office-wide resignation letter obtained by CWB Chicago. “However, I can no longer work for this Administration. I have zero confidence in leadership.”

Mr. Murphy described a recent incident in which he was called into a meeting with Fox after a “massive shootout” that left an innocent women bystander fatally shot in the crossfire.

Foxx was angry about the headline saying the suspect would not face a murder charge over the Safe-T-Act. It forces prosecutors to present an impossibly high burden of proof to even hold the accused criminals until trial as Mr. Murphy noted in his letter.

“That is what is wrong with this administration. I’ve seen day after day,” Murphy said. “How many mass shootings do there have to be before something is done.”

“If this administration was truly concerned with effectively fighting violent crime, then they would fully staff those courtrooms and units,” he wrote. “Meanwhile the rest of us are overworked, overstressed, and under-resourced. But at least we were allowed to wear jeans in July.”

Recently, Foxx told officials at a county board committee hearing that 235 people, including attorneys, had resigned from her office since July of last year, according to the Chicago Tribune. In comparison, the year before the pandemic 130 staffers resigned.

About one-third of assistant state’s attorney (ASA) spots have been vacated and refilled from January 2020 to June 2022, according to the report. The office made 280 legal hires in that time period but staffing has still not reached pre-pandemic levels.

Murphy was suspended for saying Adam Toledo, the 13-year-old who was shot by an officer, was holding a gun when shot. As it happens, Toledo had dropped the gun as the officer fired.

The media makes it sound as if Toledo was shot after he surrendered the gun. However, the dropping of the gun and the firing by the officer were simultaneous.

Mr. Murphy is painted unfairly in the most negative and dishonest light possible.

Adam Toledo threatened police with a gun, was known by gang nicknames. His gang handles were ‘Lil Homicide’ and ‘Bvby Diablo (devil).’

Supporters of the shooting say no one would know he was 13 as he resisted arrest, ran and didn’t drop the gun. Yet the prosecutor and officer were harassed. Watch the bodycam footage and decide for yourself.

Gangs are now recruiting pre-teens. Does it mean they can never prosecute or disarm them? Gangs thinks so which is why they lure the children in and use them like a terrorist would. They are like human shields.

Meanwhile, the resignation of the head of the Criminal Prosecutions Bureau, Natosha Toller, further damaged morale.

“We’re so short of attorneys, there’s twice as much work with no help,” one prosecutor told the paper. “And really, you’re setting people up for failure. Anything can blow up in your face. The expectations are not manageable.”

1100 deep staters tell Barr to step down, Stone judge calls in prosecutors who resignedFebruary 16, 2020In “Home of News, Politics & Opinion”

Meet the 4 prosecutors who resigned over the Roger Stone re-filingFebruary 12, 2020In “Home of News, Politics & Opinion”