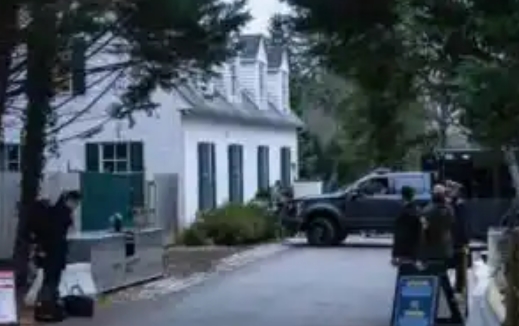 HOME OF THE BOLD-FACED LIARS

It could have been hundreds or thousands for all we know. It’s unclear.

Why aren’t we seeing more photos of the search? Wasn’t CNN called to take pics and report? No one dragged out in their underwear? All they can give us is cagey language about what they found?

“They did not find “six more classified documents”. They found materials “including six items consisting of documents with classification markings and surrounding materials,” they said using “crafty legalese”.

They did not find “six more classified documents”. They found materials “including six items consisting of documents with classification markings and surrounding materials”.

This is extremely crafty legalese. Huge red flag. “Six items” could mean 1000 documents for all we know. https://t.co/rrzqQTzaDj pic.twitter.com/e6ECJZJRD1

Bob Bauer, a personal lawyer for Biden, said in a statement that the Justice Department was given access to the president’s home after 11 classified documents were found.

“DOJ requested that the search not be made public in advance, in accordance with its standard procedures, and we agreed to cooperate,” Bauer said.

“DOJ had full access to the President’s home, including personally handwritten notes, files, papers, binders, memorabilia, to-do lists, schedules, and reminders going back decades,” Bauer continued. “DOJ took possession of materials it deemed within the scope of its inquiry, including six items consisting of documents with classification markings and surrounding materials, some of which were from the President’s service in the Senate and some of which were from his tenure as Vice President. DOJ also took for further review personally handwritten notes from the vice-presidential years.”

It sounds like Biden’s lawyers didn’t do a great job. Shouldn’t that have warranted a raid? I hope they went through Jill’s underwear drawers.

On January 12, the White House said SIX TIMES the search for classified documents was complete.

ANOTHER batch of classified documents — including some from Biden’s years in the SENATE — we’re just discovered at Biden’s Wilmington home.
pic.twitter.com/X8qwe7YOae

Ron Klain’s Beating It Out of the WH as More Secret Docs Are FoundJanuary 21, 2023In “Home of News, Politics & Opinion”