The crush of 210,000 illegal immigrants at the U.S.-Mexico border in July (the second-highest in history) has led to a human disaster at multiple crossing points, according to photos provided by the former acting commissioner of U.S. Customs and Border Protection.

“The White House said migrants are being handled in a humane and orderly way,” Morgan said of a recent fact sheet in which the administration bragged about its border policies. “This isn’t humane or orderly, and it’s not the Border Patrol’s fault. They are doing all they can to deal with the disaster created by Biden,” he said.

In talks with the agents he oversaw during the Trump administration, Morgan said that many are frustrated with the Biden administration’s open border policies and lack of help. “They’re done,” he said.

What’s more, agents are so overwhelmed that calls for volunteers to help have gone out.

He shared one call for help in the Rio Grande Valley sector that read, “Fort Brown Station is seeking volunteers to assist with the overflow of subjects being experienced at RGV sector. RGV is currently at over 10,000 subjects with over 8,000 unprocessed.”

Morgan said that since the emergency memo went out, another 2,000 have been added to the unprocessed group.

Morgan provided Secrets with several photos of migrants jammed under a bridge near the McAllen, Texas, processing station. He said that one agent told him, “It’s nuts. There are 4,000 people under that bridge. We’ve had storms. They were outside …100 degrees outside.”

Others told him that there are few or no showers and toilets available for the migrants, a situation that during the Trump years resulted in a parade of lawmakers and media outlets going to the border to decry the conditions there.

“We were eviscerated day after day,” said Morgan. “Where are they now? The hypocrisy and double standard is undeniable. And the difference is we were doing everything we could to stop the flow while the Biden administration continues to encourage, incentivize and facilitate the flow of illegal migrants,” he added.

The crush is also bringing new fears of COVID-19 to border towns. In McAllen alone, he said, 7,000 migrants who had tested positive were released.

And it is leading to other disasters. He said that several migrants were killed and injured Thursday in a car crash near the border. 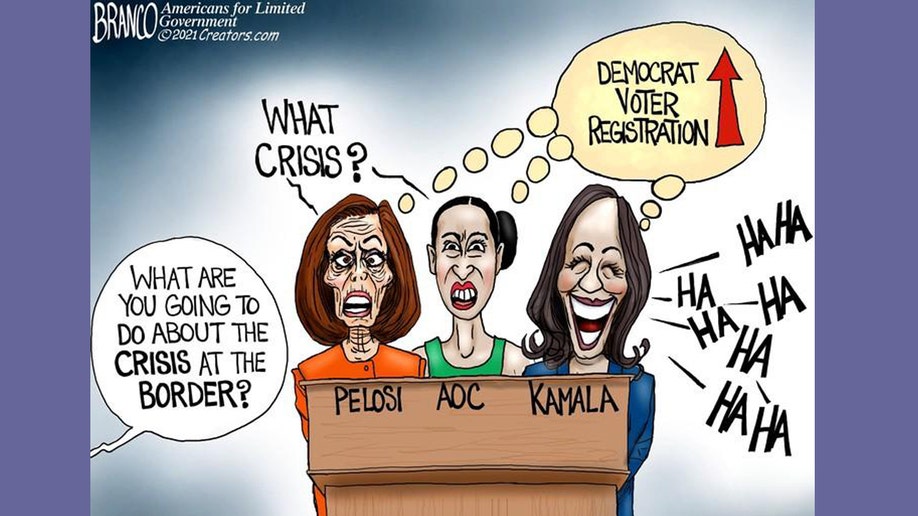