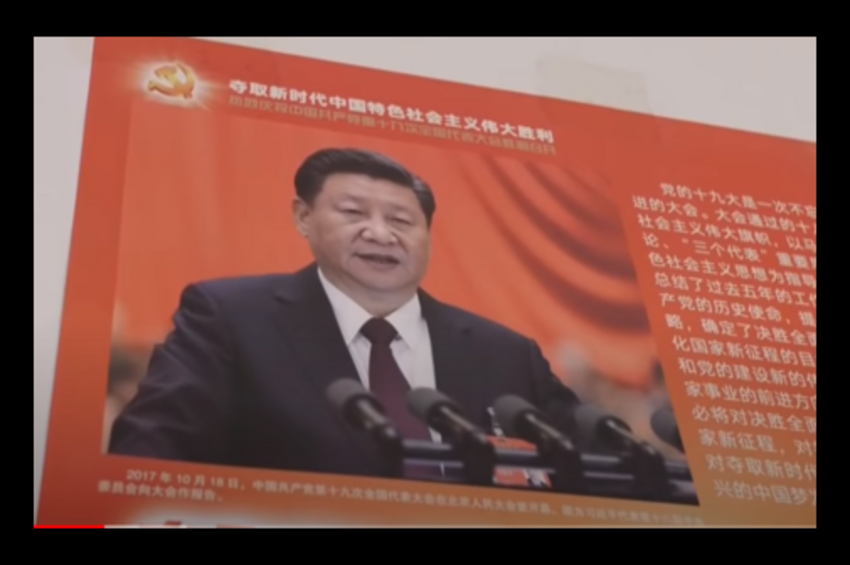 Twitter doesn’t hold foreign government accounts to the same standard as President Donald Trump, but the platform has reached a new low.

Twitter patted itself on the back after suspending Trump for 12 hours for posting a video in which he called for “peace” amid the Jan. 6 riot at the U.S. Capitol building. But it has ignored blatant pro-genocide propaganda from the communist Chinese government.

“Study shows that in the process of eradicating extremism, the minds of Uygur women in Xinjiang were emancipated and gender equality and reproductive health were promoted, making them no longer baby-making machines,” said a tweet from the Chinese Embassy in the U.S. “They are more confident and independent.”

The tweet included a link to an article from China Daily entitled “Eradication of extremism has given Xinjiang women more autonomy, says report.” China Daily is an official propaganda publication of the Chinese government.

The awful reality is that China is committing genocide on 1 million Uyghur Muslims it has locked up in camps. Minority women in China, like the Uyghurs, are subjected to horrific treatment, including “pregnancy checks, and force[d] intrauterine devices, sterilization and even abortion on hundreds of thousands,” according to an AP report from June 29, 2020. “The population control measures are backed by mass detention both as a threat and as a punishment for failure to comply.”

Josh Barrow, a columnist for Business Insider, summed up Twitter’s hypocrisy perfectly in a tweet: “Twitter is cool with pro-genocide tweets so long as they’re from the Chinese government.”

Twitter has insisted in its “Hateful Conduct Policy” that it is “committed to combating abuse motivated by hatred, prejudice or intolerance, particularly abuse that seeks to silence the voices of those who have been historically marginalized. For this reason, we prohibit behavior that targets individuals with abuse based on protected category.”

Twitter has, historically, tried to ignore misinformation from China. It allowed Lijian Zhao, the spokesperson for the Information Department of China’s Foreign Ministry to scapegoat the U.S. military as the source of COVID-19. The platform also allowed a video from the Chinese embassy in France entitled “Once Upon a Virus” to be posted on the platform. The video contained several myths and even suggested that the Chinese government and the World Health Organization were forthcoming about the virus.

Twitter also appears to have no qualms with the posts of Iran’s Supreme Leader Imam Sayyid Ali Khamenei. The radical Iranian leader directed untoward statements at Israel and the Jewish people. Twitter did not even put a label on the Iran leader’s comments when he tweeted: “The elimination of the Zionist regime does not mean the massacre of the Jewish ppl. The ppl of Palestine should hold a referendum. Any political sys they vote for should govern in all of Palestine. The only remedy until the removal of the Zionist regime is firm, armed resistance.” Iran also likely killed at least 603 U.S. troops from 2003-2011.

Conservatives are under attack. Contact Twitter at (415) 222-9670 and demand that Big Tech be held to account to mirror the First Amendment while providing transparency and protections for exploited individuals abroad. If you have been censored, contact us at the Media Research Centercontact form, and help us hold Big Tech accountable.