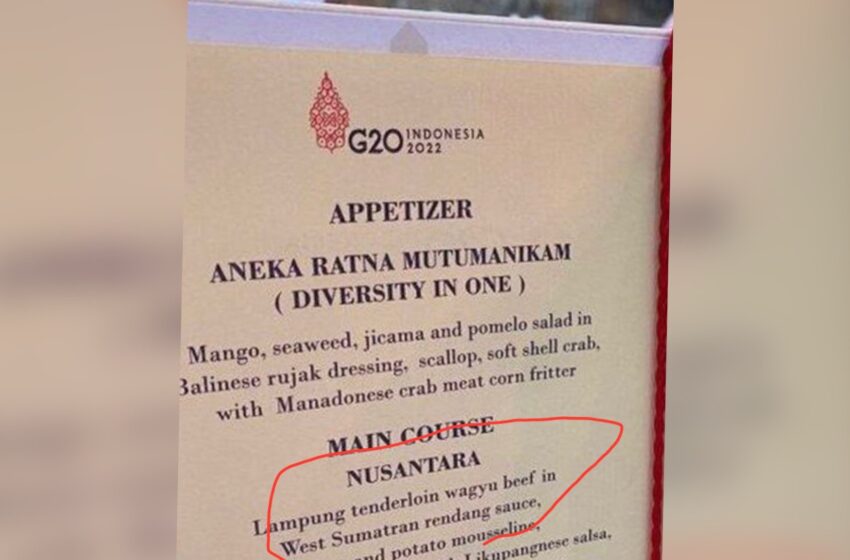 On November 15–16, 2022, the Group of Twenty (G20) met in Nusa Dua, Bali, Indonesia, for their seventeenth annual summit, under the theme ‘Recover Together, Recover Stronger.’

The G20 is made up of 19 countries and the European Union. The 19 countries are Argentina, Australia, Brazil, Canada, China, Germany, France, India, Indonesia, Italy, Japan,  the Republic of Korea, Mexico, the Russian Federation, Saudi Arabia, South Africa, Turkey, the UK, and the US.

Both Bill Gates, a business mogul and philanthropist, and World Economic Forum (WEF) founder and executive chairman Klaus Schwab were present at this year’s summit.

Indonesians proudly showcased their country’s delicious cuisine to an audience of elites and globalists, who clearly enjoyed themselves.

“We want [leaders and guests] to have a good impression about Indonesia,” the Indonesian Ministry of Foreign Affairs said in a text message to Bloomberg. “So we serve them the variety of Indonesian food and present them with a glimpse of Indonesia’s rich culinary tradition.”

On Tuesday, between sessions, the leaders had lunch of satay skewers, sirloin wagyu, vegetable rice, tempeh (a fermented soybean cake), and prawn crackers.

Supposedly from the G20 Summit, this “Diversity in One” menu has been making the rounds online.

“You’ll own nothing and eat bugs, while these climates hypocrites dine on Wagyu beef,” the caption reads.

You’ll own nothing and eat bugs, while these climates hypocrites dine on Wagyu beef pic.twitter.com/qqf5u8hjma

Social media users voiced their opinions on the dinner menu, which featured wagyu beef despite the widespread promotion of insect and fake meat by the elites and globalists.

Shear hypocrisy. You can’t make this shit up.

Here’s how I handled that hypocrisy: don’t do