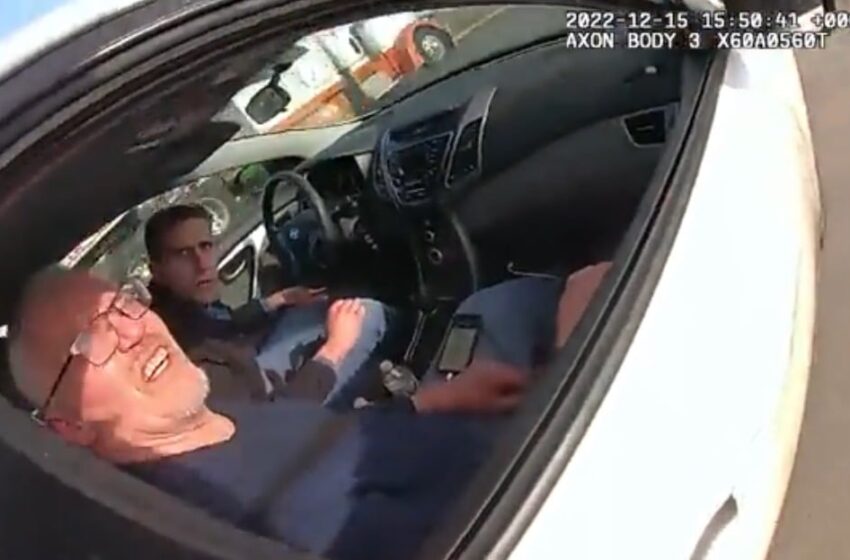 Bryan Kohberger and his father pulled over by Indiana State Police

Bryan Kohberger, the suspect charged with four counts of first-degree murder in connection with the fatal stabbings of four University of Idaho students on November 13, changed the title of his Hyundai Elantra five days after the murders.

On December 7, Moscow Police announced they were searching for a white 2011-2013 Hyundai Elantra that was spotted near the home on the night of the quadruple murders.

A white Hyundai Elantra was located in Pennsylvania parked in front of Bryan Kohberger’s family home.

According to KTVB, on November 18, Kohberger transferred the title from Pennsylvania to Washington.

Bryan C. Kohberger, a suspect in the murders of four University of Idaho students, changed the title of his white 2015 Hyundai Elantra five days after the stabbings took place.

According to a public records request filed by KTVB, Kohberger, 28, transferred the title of the Elantra from the Commonwealth of Pennsylvania, which was issued on April 20, 2022, to Whitman County, Washington, on Nov. 18, 2022.

Bryan Kohberger was pulled over twice on his road trip from Washington state to Pennsylvania.

Bryan Kohberger and his father were pulled over by Indiana State Police on December 15, just days after Moscow police asked the public for help locating a white Hyundai Elantra.

Kohberger got pulled over in Indiana while he was driving cross-country to his family home in Pennsylvania.

The look on Kohberger’s face as the officer approached the passenger side window is priceless.

Police said Kohberger was pulled over for tailgating.

Kohberger’s father chatted with the cop and was apparently aware of the recent shootings in Pullman, Washington.