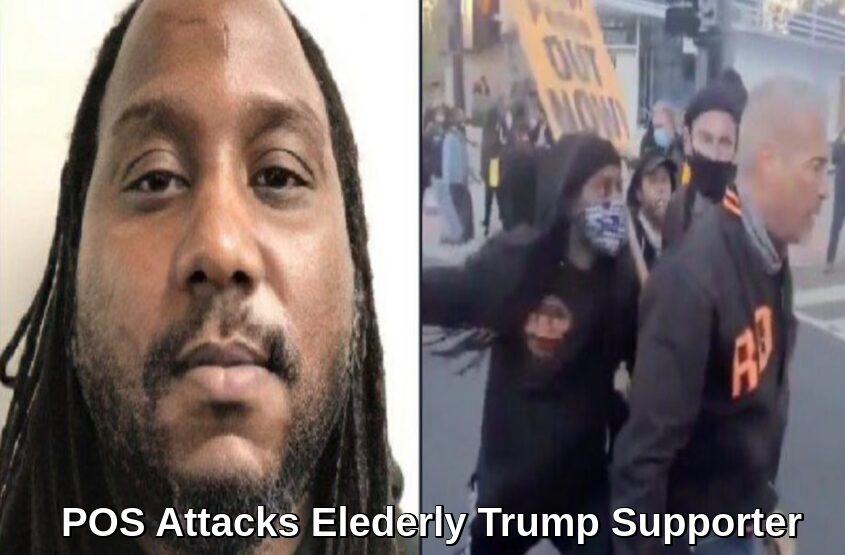 The suspect known as Kenneth Wayne DeBerry, who is a known criminal and a dedicated Black Lives Matter activist assaulted and beat an elderly Trump Supporter. He was arrested and charged with aggravated assault, inciting violence, and being a felon in possession of a gun.

Under Biden and Harris this will continue. Aa Harris has encouraged these protests and rallies against the republicans. She full right knows the members of the left do attack and kill, Cops and peaceful folks. You can view the recent attack at Maga Million Rally below.

Feel the tolerance. This is the violence that the Left incites, rationalises or just ignores. pic.twitter.com/YcVIu5p6RQ

More Black Lives Matter and Antifa should be charged for these attacks. Local  Democrat authorities have put hand cuffs on Law Enforcement to be more pro active on these crimes.

We can’t depend on the Democrat Congress here is just one example.US Federal

HR 6054: Harsh penalties for protesters who conceal their identity

The “Unmask Antifa Act of 2018” would make it a federal crime, subject to a lengthy prison sentence, to wear a mask or other disguise while protesting in a “threatening” or “intimidating” way. Under the act, anyone who “injures, oppresses, threatens, or intimidates any person” while “in disguise, including while wearing a mask” could be sentenced to up to 15 years in prison as well as fined. The bill explicitly exempts police and other law enforcement agents, stating that “nothing in this section shall be construed so as to deter any law enforcement officer from lawfully carrying out the duties of his office.” The name of the bill, introduced by Republican Rep. Daniel Donovan and supported by Reps. Peter King, Ted Budd, and Paul Gosar, refers to the leftist anti-Fascist movement, some members of which have worn masks during protests. The bill expired with the close of the 115th Congress on January 3, 2019. (See full text of bill here)

This will continue until the culprits are arrested and Federally charged. So local District Attorneys who allow this behavior can be overruled.

Time for Patriots to organize and STAND UP AND FIGHT.