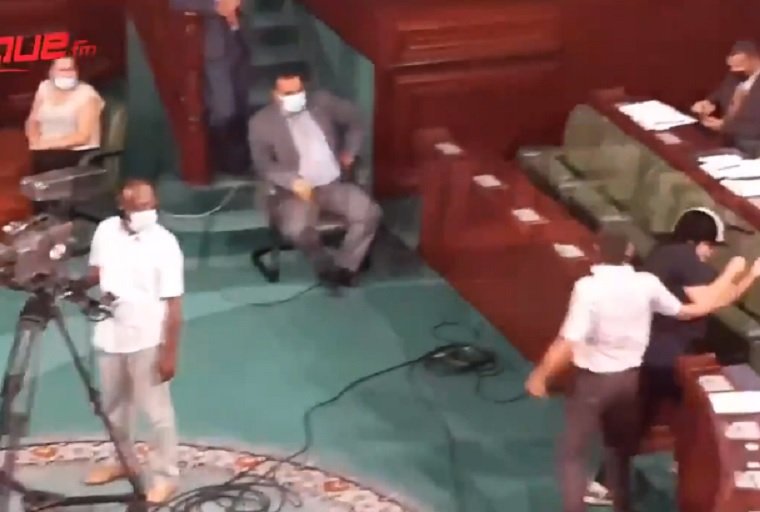 Muslim Brotherhood member in parliament attacked a female member of another party while in session.

According to Israel Unwired:

This video is being pointed out by Sarah Idan, former Miss Iraq. She knows the dangers of oppressive Arabs firsthand. Idan is pointing out how the Muslim Brotherhood treats women in the Middle East. When someone criticizes a member of the Muslim Brotherhood, this is the response: Violence. Can you imagine a parliament member in Europe hitting a woman who didn’t agree with him? That is not how civilized societies act. That is not how the Western World acts.

Here is a video of the event:Al Subhee Samara, a Muslim Brotherhood parliament member attacked a woman Abeer Mousa who’s leader of an opposition political party who criticized him.

This is how the Muslim Brotherhood treat women in Middle East then they tell the West they’re “reformers” & “freedom fighters”. https://t.co/ihRTlbIfNI

What a scary environment for individuals who don’t support the Muslim Brotherhood.