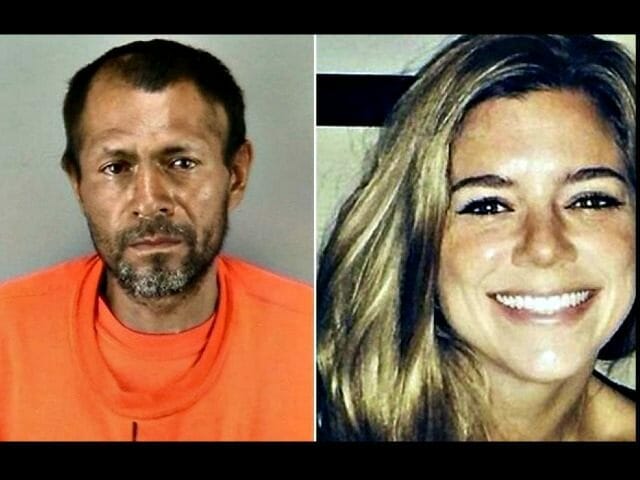 The illegal alien who killed Kate Steinle was sentenced to time served.

On July 1, 2015, beautiful California native, 32-year-old Kate Steinle was shot dead while walking with her father on Pier 24 in San Francisco. Steinle died two hours later as a result of her injuries.

The illegal immigrant claimed that he had found the weapon and was attempting to shoot a sea lion.

Illegal immigrant José Inez García Zárate was arrested and charged with her murder.

Garcia-Zarate had been deported five times and convicted of seven felonies before killing Steinle, but was acquitted of all murder and manslaughter charges. He was ultimately only convicted of being an ex-felon in possession of a gun.

A California federal judge on Monday sentenced the Mexican man acquitted of murder in the 2015 shooting death of a woman on a San Francisco pier to the seven years he’s already spent in jail — bringing to a legal close the case that ignited a national firestorm over immigration, crime and sanctuary cities.

Jose Inez Garcia Zarate was in the U.S. illegally when Kate Steinle, 32, was fatally shot along a crowded Pier 14 where she was walking with her father and a family friend. He faces deportation and U.S. District Judge Vince Chhabria told him to never return to the U.S.

Garcia Zarate will be sent to Texas, where he faces a federal judge for failing to report his location when he was released from a San Francisco jail shortly before the shooting. He had been deported five times and was on track to be removed from the U.S. again when he shot Steinle.

The maximum sentence on the firearms charges was 10 years. Prosecutors agreed to the sentence of time served plus three years of probation. Garcia Zarate’s lawyers wanted a shorter sentence so he could apply any time left over in case the judge in Texas imposes additional prison time.