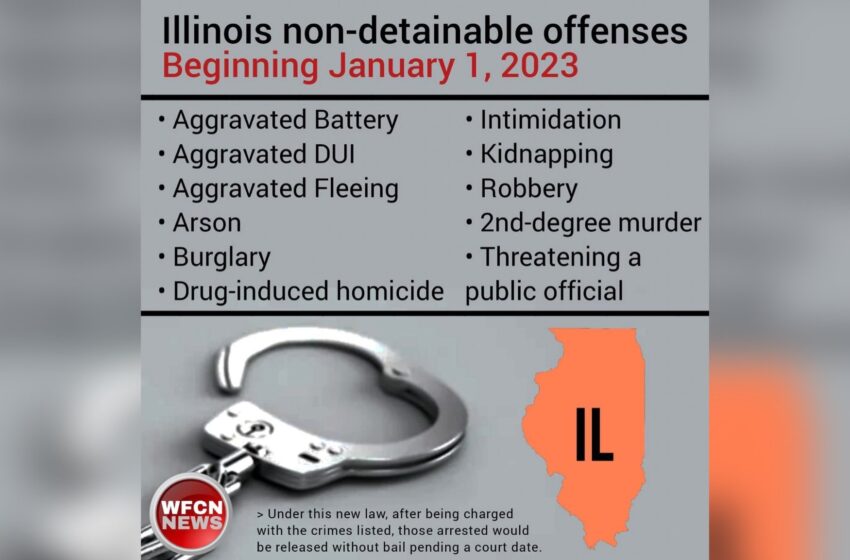 The elimination of cash bail in Illinois was set to go into effect on Sunday, January 1, 2023 but the state’s highest court halted the reform on Saturday.

Republican Mayor of Orland Park, Keith Pekau, said in a press conference recently that this new law would deny victims their constitutional rights.

“Offenders released on electronic monitoring have to be in violation for 48 hours before law enforcement can act. They can almost drive to Alaska before we can even look for them,” he said.

“It denies victims their constitutional rights. And keep this in mind, businesses and homeowners will no longer be able to remove trespassers from your residence or your businesses. Someone could decide to live in your shed, and all we can do is give them a ticket. You have to decide what level of force is required to remove them and whether or not it’s legal. This is a massive threat to the residents of Orland Park, Cook County in Illinois,” Pekau warned.

The law means that 12 non-detainable offenses will no longer require a paid cash bail:

On Thursday, a Kankakee, Illinois County judge ruled that parts of the Safety, Accountability, Fairness and Equity-Today,  SAFE-T Act, violate the Illinois’ Constitution.

“Because, as the Illinois Supreme Court has determined, the administration of the justice system is an inherent power of the courts upon which the legislature may not infringe and the setting of bail falls within that