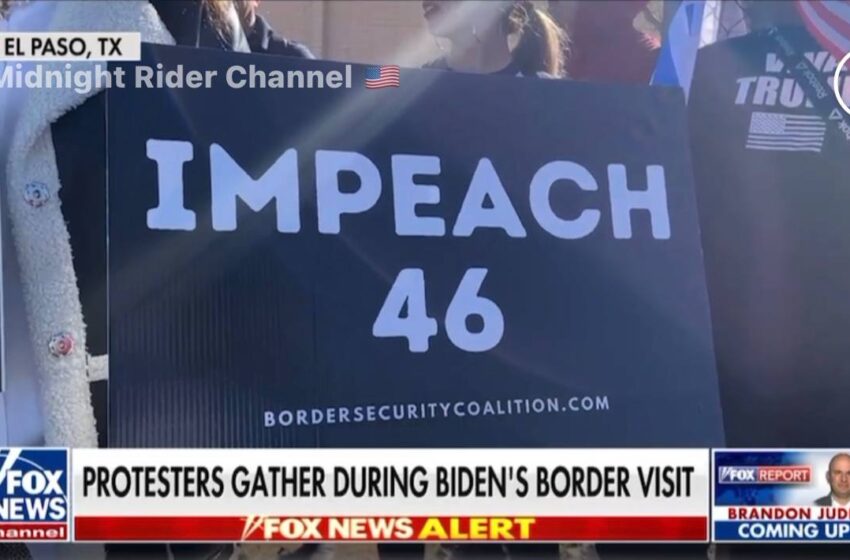 Protesters greeted Joe Biden in El Paso today during his first visit to the open US Border.

Since Joe Biden took over the White House the southern border has been wide open to illegal aliens. Over 5 million illegals have already crossed into the US during Joe Biden’s watch.

Democrats are done with America.

This is the purposeful suicide of the country they despise.

Protesters who protest against Biden are my kind of heroes. pic.twitter.com/OEIRztmTzG

The fake news won’t report on this.

So to summarize — Joe Biden kicked all the Mexicans out of El Paso for a day so he can gaslight the public again using the mainstream media. Meanwhile — Jimmy Fallon is still dancing on NBC, cheering him on. The fraud in this country is astonishing. pic.twitter.com/HovparPaba