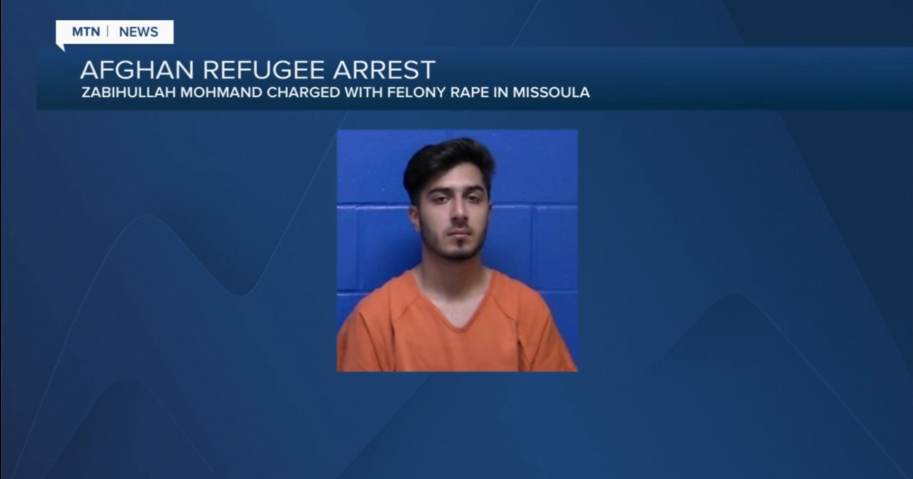 An Afghan man has been arrested and charged with a felony for reportedly raping a young woman in Montana. The foreign national had been evacuated from Afghanistan during Biden’s disastrous withdrawal and had been relocated to the state by the US State Department.

The Afghan national, Zabihullah Mohmand, was NOT fully vetted by the federal government before DHS released him into the general population. He also wasn’t even a refugee who qualified for a Special Immigrant Visa, instead, he was released as a “parolee.”

According to court documents, the 18-year-old victim – who is only identified as Jane Doe – says that she met the alleged attacker and two other men at a bar before agreeing to go to a house party. After they had left the bar, they informed her there was no party, at which point she reluctantly agreed to go back to their hotel – but made it clear that she “did not want anything to happen.”

Shortly after arriving at the room, Mohmand would not let her leave and before she knew it, he began the vicious attack, she explained to police through tears.

Her neck had “significant bruising and red marks” that resulted from the assault, according to the police report.

“While telling the police her story, she then began crying. She and Mohmand did have sex, she said, adding “(she) just couldn’t get him off me.” Mohmand wouldn’t let her leave, she told law enforcement. She also mentioned that another man was in the room during the assault. When she eventually left the room to get an Uber, Mohmand allegedly followed her out and tried to stop her from leaving.

In cellphone correspondence with her friend, the woman reported being raped. Her neck had significant bruising and red marks, charging documents said. She told officers Mohmand had held her down on the bed by placing his hand around her neck with force.”

On Thursday, the office of Montana Governor Greg Gianforte (R) verified the news in a statement, saying that an Afghan national that Biden relocated to Montana had indeed been charged with felony sexual assault.

The Governor also specifically called the Biden administration out for not fully vetting these incoming Afghans – as is required by federal law – before resettling them.