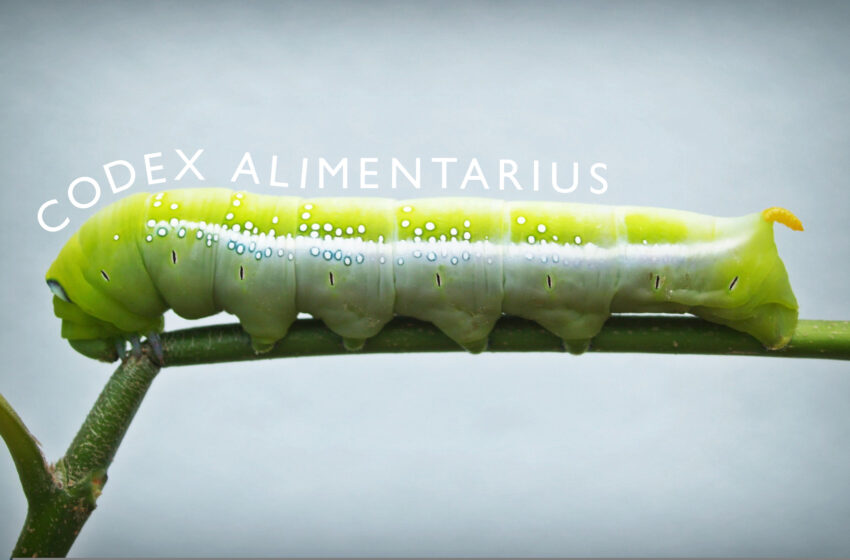 Few people are aware of who creates the global food “standards” and “guidelines,” and even fewer have a seat at the table with a voice to challenge the toxins, ingredients, and processes working their way into the food system. One of those individuals is Scott Tips, President of the National Health Federation, and we need him and his team now more than ever, before insects, dogs, and rats make it to our grocery stores, and indoor growing facilities backed by the globalists wipe out all of the farmers.

• Codex Alimentarius just introduced a list of of over 90,000 species of insects and spiders to be included as a new food category for human consumption

• While FAO, WHO, Codex, Hollywood, and investors all tout that 2 billion people in the world eat nutritious bugs, they fail to mention the dangers, such as almost a fifth of fatal reactions to foods in China have been due to insect consumption, or how pesticide-contaminated insects in Thailand have caused food poisoning in people

• 92% of edible insects today are harvested from the pesticide-ridden wild, while farm raised insects could be prone to gene editing

Codex Alimentarius in a Toxic Nutshell

“Of the two, I mean, it’s sort of like a choice between Hitler and Muscelini. FAO is kind of the Mussolini and WHO is the Hitler.” – Scott Tips, President of The National Health Federation

Codex Alimentarius was established in 1963 by the Food and Agriculture Organization and the WHO, both of which have full immunity and privileges, as covered in Corey’s Digs report on Laundering withRead More