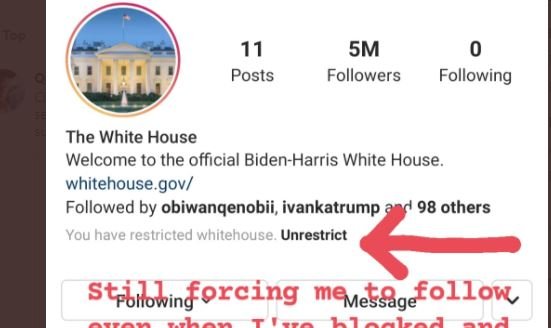 Remember: This is the guy who allegedly had 81 million votes and exponentially more popular than Barack Obama!

From a Gateway Pundit reader:  Hoping you pick up this story. If you unfollow or block the White House Instagram account, hours later you are forced to follow it again.  More than half of the followers are being forced to follow the page.  Seems like Instagram is trying to avoid the mainstream media picking up on Biden having less than a million followers.

The comments on the page are BRUTAL! 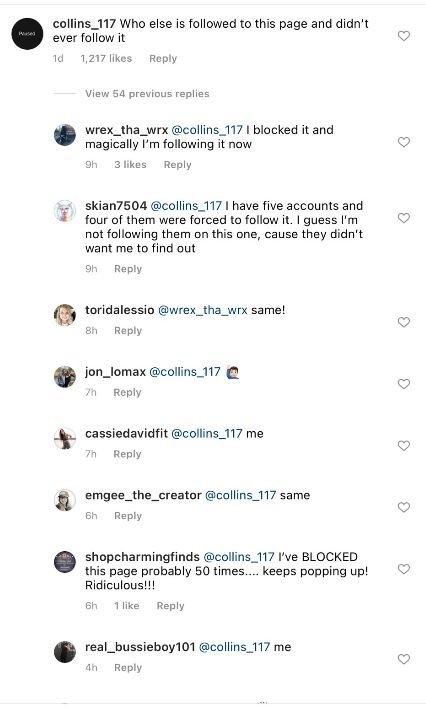 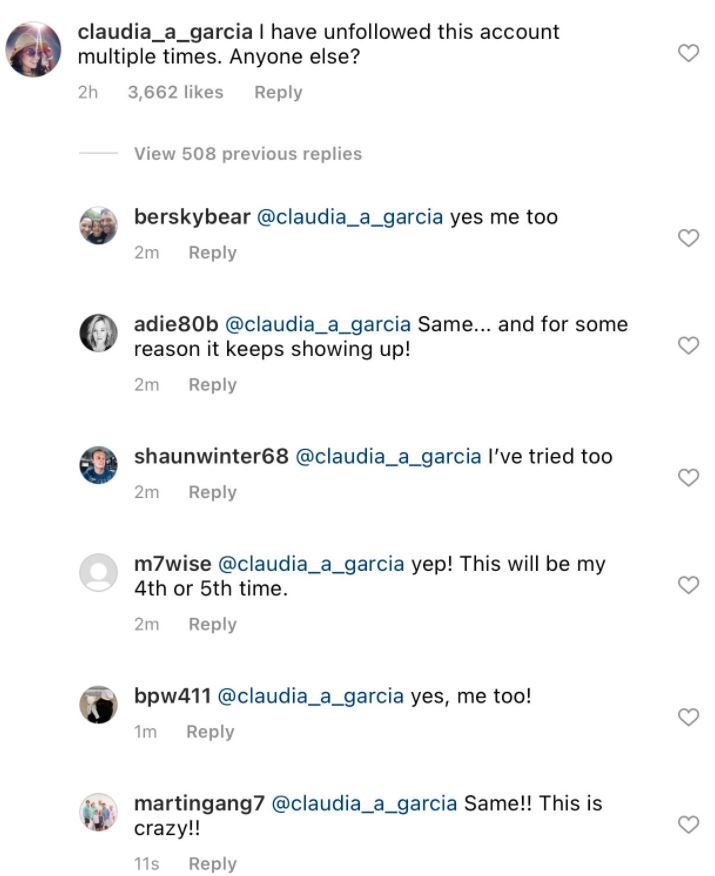 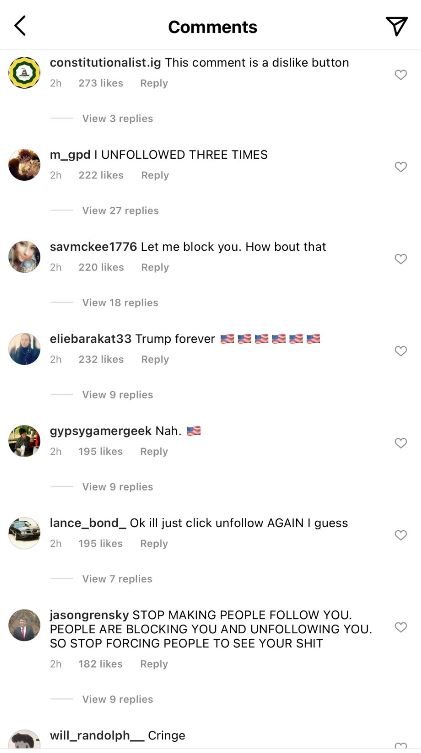 It’s not a secret.

Yes. What tf is that about?

…80 million did note vote for Basement. Even Instagram has to force you to follow his illegitimate White House page. pic.twitter.com/SVOgwX2i92