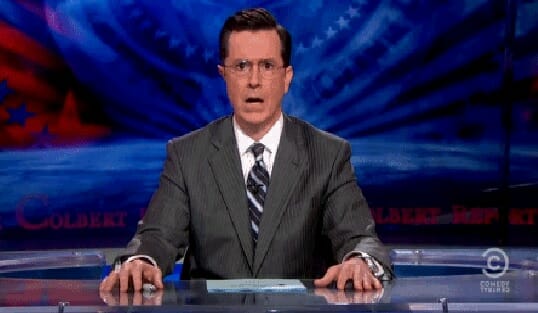 On Thursday night several CBS employees who work for Colbert’s late-night show were arrested in the US Capitol, trespassing after hours, and HARASSING GOP lawmakers.

The US Capitol was closed at the time.

Rep. Adam Schiff (D-CA) let the insurrectionists in the building.

The group of leftist insurrectionists reportedly banged on doors of several Republican offices – including that of Minority Leader Kevin McCarthy of California, Jim Jordan of Ohio and Lauren Boebert of Colorado.

Shouldn’t these dangerous radicals be sitting in prison at this point? Or does it only work this way for Trump-supporters?

Tucker Carlson reported on this latest US Capitol break-in.

Late Thursday, the individuals, including “Triumph, the Insult Dog” puppeteer Robert Smigel – a frequent guest of Colbert’s — were not credentialed to be walking around without an escort, a House Republican source told Fox News. Others arrested included Colbert writer Josh Comers and associate producer Allison Martinez.

The group was cleared into the complex by staffers for Rep. Jake Auchincloss, D-Mass., and House January 6 Committee Member Adam Schiff, D-Calif.

The group reportedly banged on doors of several Republican offices – including that of Minority Leader Kevin McCarthy of California, Jim Jordan of Ohio and Lauren Boebert of Colorado — as they allegedly filmed a skit for Colbert’s “Late Show” program that was to center around the January 6 hearings.

Rep. Rodney Davis, R-Ill, the ranking member on the House Committee on Administration – which has jurisdiction over the Capitol Police and House chamber operations – told “Jesse Watters Primetime” Friday he will demand answers when Congress returns to session next week.

Davis noted the Colbert group visited the same buildings as those on Rep. Loudermilk’s,heavily-scrutinized January 5, 2021 tour.

#BREAKING: On the 50th anniversary of the Watergate break-in, @RepAdamSchiff’s cronies sneak in Stephen Colbert’s staffers and provide unauthorized reconnaissance tours of Republican