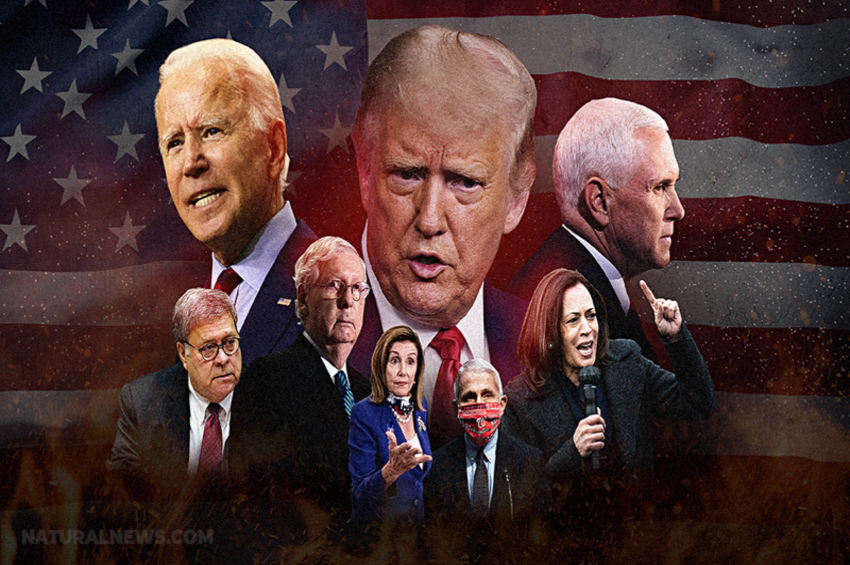 (Natural News) We have a major intelligence update regarding the election theft and treason by the deep state and Democrats.

First, Trump’s legal team — consisting of Rudy Giuliani, Joe Digenova, Sidney Powell and others — held a very hard-hitting press conference today in which they laid out Trump’s clear path to victory in the courts. That full press conference is currently in the process of being posted to Brighteon.com, and our transcription team is working on a full transcription of the entire event, which was over two hours in duration.

Some of the bombshell highlights from this conference include:

Stunningly, the entire media cartel continues to lie to America and withhold all the overwhelming evidence of election fraud. This is nothing short of a grand criminal conspiracy by the treasonous mainstream media, which continues to act as enemies of the People.

Jeffrey Prather explains the “Kraken” and describes, “The Great Reset vs. the Great Awakening”

In another fascinating chapter that’s now emerging in all this, former military insider and present-day analyst Jeffrey Prather (JeffreyPrather.com) has released what we consider to be a bombshell video where he sums up the real war taking place behind the scenes: “The Great Reset vs. the Great Awakening.”

As he explains it, the CIA, FBI and DOJ are all treasonous swamp creatures who are dedicated to bringing down America, stealing the election, and imprisoning all the real patriots such as Gen. Flynn (and Roger Stone). Meanwhile, certain sectors of special forces operations and now Chris Miller as Acting Defense Secretary, are all aligned with Trump, the Constitution and defending America against its enemies, both foreign and domestic.

Yesterday, Chris Miller declared that all special forces operations units now report directly to him, bypassing the corrupt DoD swamp that works for the globalists and the Democrats. This puts the many tens of thousands of special forces operations units and assets directly under the control of a pro-America patriot, and it points to the “Plan B” plan in all this, which is for Trump to invoke the NDAA and Insurrection Act, then dispatch special forces units across the USA to arrest all the treasonous actors and take down the Big Tech and Big Media traitors who are part of this grand conspiracy to overthrow the United States government.

Jeffrey Prather’s video is shown below. This video is also going to appear on Brighteon.com soon, just in case YouTube deletes it. Some of the more notable highlights from this video include:

You can watch the full video here:

I have also separately posted a podcast called “What is the Kraken?” In this 40-minute overview of the current situation, I explain why we can have faith that Trump’s attorneys already have sufficient evidence to overturn the corruption election. I also reveal some of the activities that special forces units may be pursuing right now to nail down arrests and confessions from deep state traitors.

Listen here, and check for new videos each day on my Health Ranger Report channel on Brighteon.com:

The bottom line in all this? The entire system is totally corrupted with treasonous enemies who probably deserve to be arrested, indicted and executed if found guilty.

Inside this multi-layered system of near-wholesale corruption and treason, there now exist patriots in critical positions of power, such as Trump himself, Miller at the DoD, some patriots at the NSA and key assets in Space Force and the United States Air Force. Together, these patriots have at their command the entire special forces operations assets, military satellites, advanced cyber systems, and of course the Constitution itself, which grants the President of the United States extraordinary power during times of war or national emergency.

Barack Obama also signed the NDAA in 2012, granting any president extraordinary powers to deal with domestic enemies and enemy combatants during a time of war.

We suspect Trump is preparing to drop the full hammer on all the treasonous actors if necessary, but is giving his legal team an opportunity to try to win the election in the courts first. If the courts refuse to uphold the rule of law and are obviously compromised, blackmailed or so blinded by their own hatred of Trump that they can’t issue an honest ruling, Trump will invoke the Insurrection Act and wage kinetic war against the deep state on U.S. soil. Importantly, We the People 100% support Trump taking this action if necessary. We will join his efforts, armed by the millions, to defend this nation against its enemies. Citizens, militia units and patriots are standing by and ready to fight.

Some sources say that special forces actions have already been initiated and that certain deep state players have already been arrested and put on “rendition flights” to black sites or GITMO, but these claims cannot yet be fully confirmed. They are consistent, however, with other observations we’ve noted in related articles and podcasts.

Nevertheless, the biggest thing that you can do in all this is to continue to publicly show your support for President Trump, the Constitution and the defense of this nation against traitors and domestic enemies. It is your outpouring of support that gives Trump the backdrop he needs in order to pursue all these actions to defend America and defeat its determined enemies.

Should the patriots fail, America and the world will be plunged into Joe Biden’s “dark winter,” complete with forced vaccinations, weaponized lockdowns to crush world economies, nightmarish restrictions on free speech, rigged elections forever, and the activation of the Bill Gates global depopulation / genocide agenda to mass murder billions of human beings in record time.

It’s interesting that just a year ago, that last paragraph would have elicited spasms of “conspiracy theory” accusations from everyday people, but today nobody’s laughing. Because all the world leaders have announced their “Great Reset” and they are openly bragging about how the covid-19 pandemic is an “opportunity” to bring about global communism and the complete enslavement of the human race all across the globe.