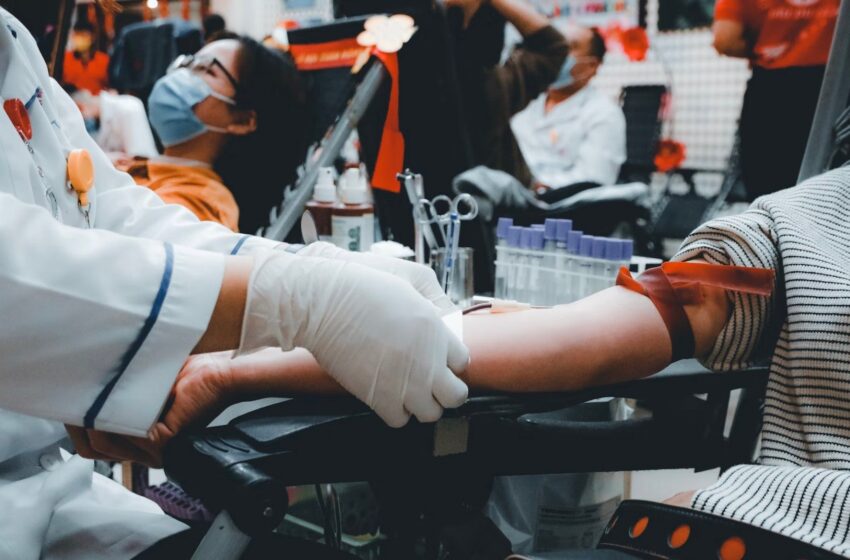 Unvaccinated patients who require transfusions can now access “pure blood” thanks to a new service called “SafeBlood Donation,” which was launched by a Swiss naturopath named George Della Pietra.

SafeBlood Donation, which currently has members in at least 16 countries, has the long-term goal of opening blood banks that provide its members with unvaccinated plasma, VICE reported.

According to George Della Pietra, the demand for “pure blood” has skyrocketed globally.

The Gateway Pundit previously reported that a peer-reviewed study in Italy found that 94% of people who experienced side effects after receiving mRNA vaccines had abnormal blood and contained foreign matter one month after vaccination.

The surgeons believed that the vaccine makers should provide an explanation as to what is within the shots and why those components are present.

“In our experience as clinicians, these mRNA injections are very unlike traditional “vaccines” and their manufacturers need, in our opinions, to come clean about what is in the injections and why it is there,” they said.

For this exact reason, a lot of people refuse blood transfusion if the donor had received a Covid vaccination.

“I get hundreds of emails asking me, ‘Do you have blood [available], because I have surgery coming up in three weeks,’” Pietra told VICE World News.

“We want to be a platform for people who want to have the free choice of blood donors,” he said. “Whether they think there is a real conspiracy theory going on, that the New World Order [is happening], or if they simply say ‘I just don’t want it’ for whatever reason’.”

In his own studies of vaccinated blood, Della Pietra claimed to have found terrible “contamination” in the COVID vaccine.

“I’ve never seen blood like this. This was, to be honest, the main reason I started the whole thing, because when I saw this, I was so horrified,” he said.

“The whole vaccination thing is from my point of view, mainly to do with controlling people,” he added.

Right now, SafeBlood Donation has members in at least 16 countries where the goal is to establish blood banks that provide unvaccinated plasma for their members. The plan is also to pressure more hospitals and health authorities into allowing “directed donations” of specifically unvaccinated blood at traditional blood donation centers.

“Medical authorities only allow directed donations in specific situations where it is medically necessary, such as to source a rare blood type, but refuse growing requests for ‘unvaccinated’ blood on ethical and medical grounds,” one media outlet reported.

The reason why SafeBlood Donation is running into