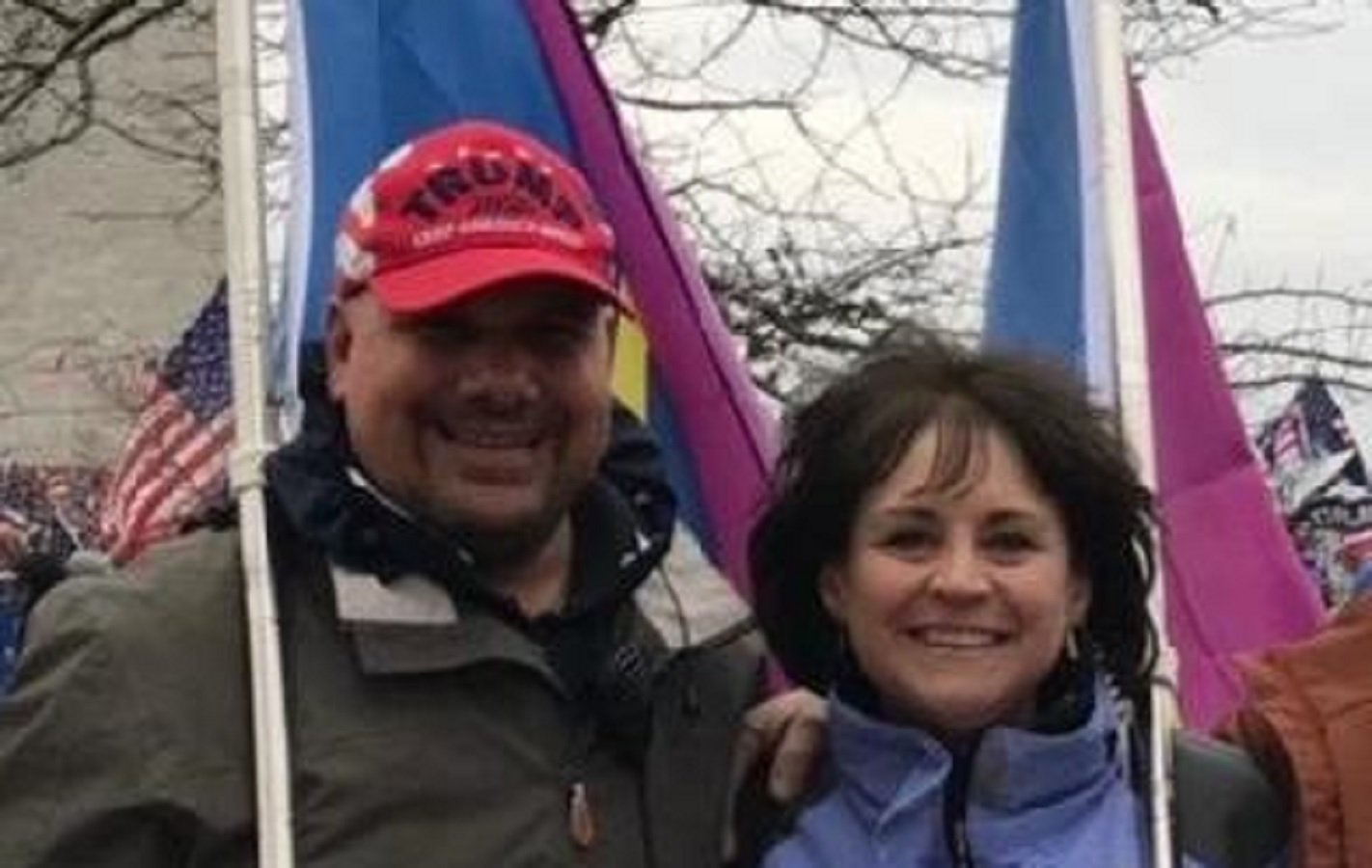 The duo have long been the subject of contempt and scorn from the left for their organization, Super Happy Fun America, that made headlines for their Straight Pride Parade in Boston with grandmaster Milo Yiannopolous.

Sahady is an Army combat veteran who served in Afghanistan. Ianni is a mother of three and local conservative activist. Both live in Massachusetts.

Speaking to the Gateway Pundit, Sahady said that his group had been chartering busses for people in New England who wanted to attend the Stop the Steal protests and support the president. For the rally on the 6th, the group teamed up with a few other organizations and helped to charter a whopping 11 busses to help transport roughly 500 people to see Trump’s speech.

Following the speech, Sahady and his group went to find a place to eat lunch, but nothing was open. They ended up following the crowd — who was walking into the Capitol through unobstructed open doors.

The group was there to peacefully protest, as leftists have done in the Capitol countless times, notably, during the confirmation hearing of Supreme Court Justice Brett Kavanaugh.

When they were approached by police who said that they would not be arrested or charged if they left, Sahady and Ianni say they complied. They maintain that they were not engaged in any violence and they are not charged with anything alleging that they were.

“After we walked around the corner when we got inside, one of the officers said ‘if you leave now nothing will happen to you’, and we left,” Sahady said.

However, in the early morning on January 19th, nearly two weeks after the protest, both were arrested by the FBI at their homes. Sahady recognized the agents from photographing conservative events he organized over the years.

Alarmingly, the FBI allegedly tried to coerce Sahady to speak to them without a lawyer, saying that it would hurt his case that he asked for one.

“Between the FBI and the local police, there were at least 10 people in my apartment. Some of them had their hands on their holsters. They took me to the local police station and the FBI slid a paper in front of me and said ‘sign this so we can talk.’ I said I did not want to sign anything without my lawyer, or talk to you without a lawyer. They told me ‘this will reflect poorly on your release hearing,’” Sahady said.